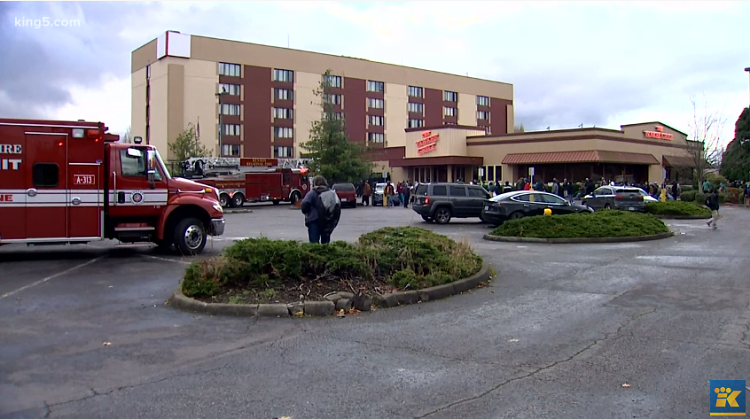 Fire on the sixth floor in Renton

RENTON, Washington – Renton firefighters and police responded to the fire in a sixth-floor room inside the Red Lion Hotel on November 26, according to KING 5.

The hotel was being used as a homeless shelter shortly after the start of the COVID-19 pandemic and is housing approximately 200 homeless people.

Police learned that a 46-year-old suspect had lived at the hotel for about three weeks and became upset with staff members. The man told hotel staff he was “going to burn this place down.”

Police told KING 5 that the suspect locked himself in his sixth-floor room. Hotel staff called a locksmith. As the locksmith and hotel staff approached the room, they encountered thick smoke on the sixth floor and found the suspect standing in the doorway of his room.

Firefighters said a sprinkler controlled the fire. The fire was started on a couch and was contained to the room.

Fire on the sixth floor in Renton     HighRiseOps Staff RENTON, Washington – Renton firefighters and police responded to the fire in a sixth-floor room inside the Red Lion Hotel on November 26, according to KING 5. The hotel was being used as a homeless shelter shortly after the start of the COVID-19 pandemic […]
