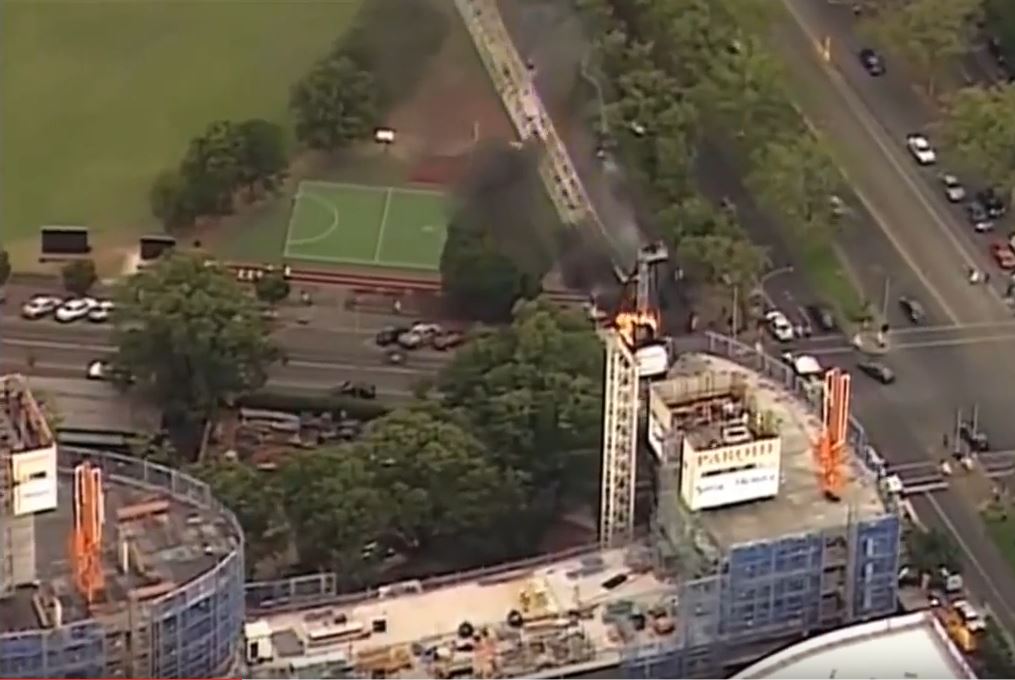 Videos of burning construction crane as it collapses

The terrifying moment a crane overlooking a busy city road collapsed after catching fire has been caught on camera.

Witnesses watched as the crane teetered for a few frightening seconds after the extended arm fell – not knowing if the whole crane would come crashing down onto a busy Melbourne Street.

The cabin of the crane, located near Wesley College on St Kilda Road, caught fire just before 4.30pm on Tuesday when emergency services were called, the Herald Sun reports.

MFB spokeswoman Meg Rayner said the fire started in the motor before spreading to the gantry which caused the arm to come crashing down.

The crane is still on fire but seven fire trucks and a helicopter were fighting the electrical fire.

A witness says there were five fire engines at the scene before any flames could be seen.

The footage shows a hook attached to the end of the crane arm slamming into the road narrowly missing a direct collision with parked cars.

Emergency services diverted traffic in the area on arrival – no one has been injured in the incident.

Witnesses watched as the crane teetered for a few frightening seconds
