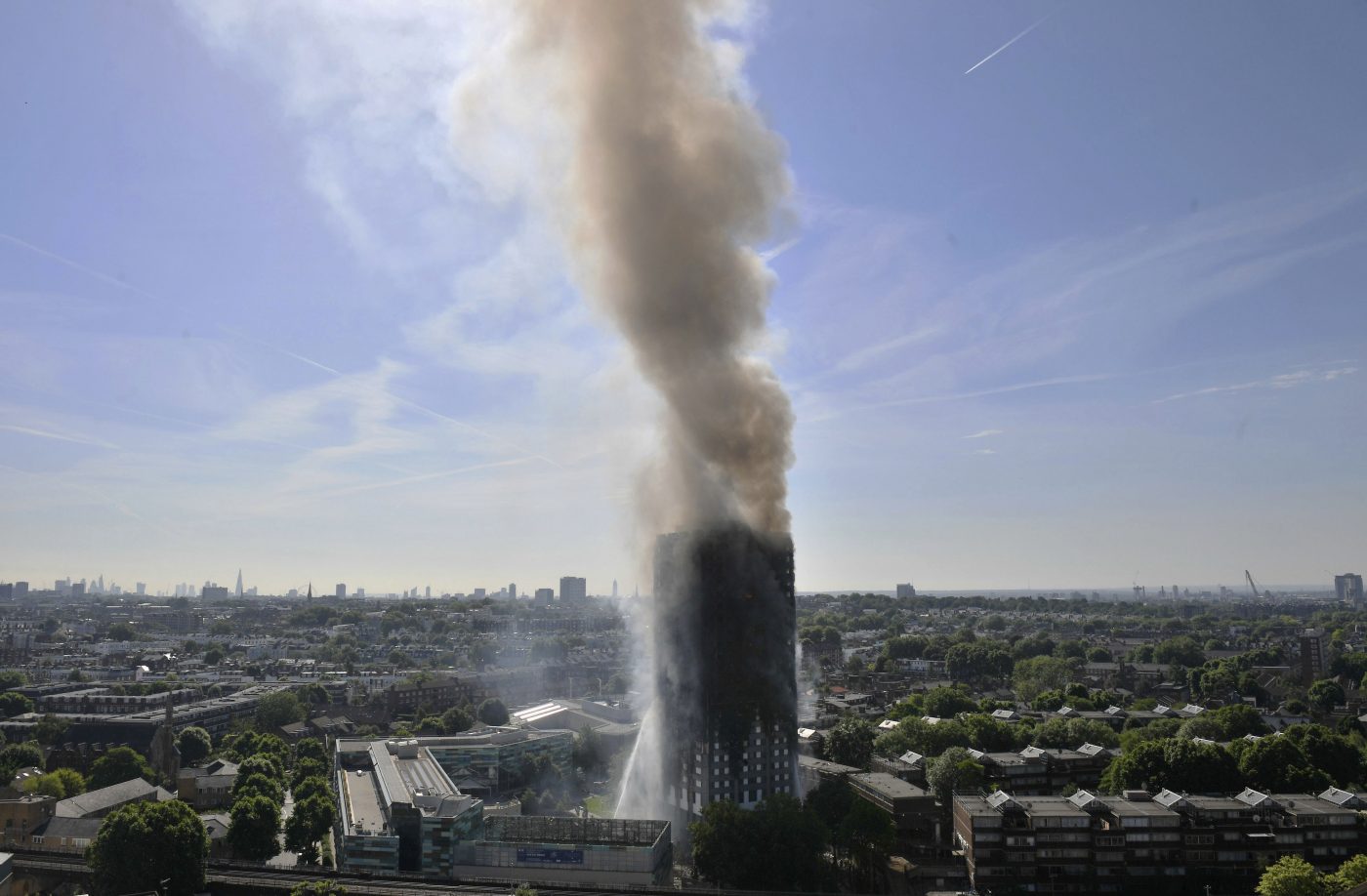 The fire that destroyed a London high-rise Wednesday is one of a firefighter’s worst nightmares, Dayton Fire Chief Jeffery Payne said.

“A high-rise fire is the most complex fire you can respond to,” Payne said.

Recently, on the Saturday of Memorial Day weekend, three Dayton firefighters were sent to hospitals with non-life-threatening conditions after responding to a fire in a much-smaller Dayton apartment tower, on Belmonte Park North.

No one was killed in that eighth-floor fire on May 27, but it takes strenuous effort to battle high-rise fires, the chief said.

“It takes so many people and so much equipment,” Payne said. “For a department our size, we’ll deploy everything we have, and if a fire extends beyond one floor, we’ll have to bring in outside communities’ fire resources. It just takes so much to do.”

Firefighters not only have to knock a fire down, they have to get residents out, which can be tricky at night, when most people are home and sleeping, he said.

Often with modern residential towers, stairwells are kept smoke free either through positive air pressure or via separation by fire doors, Payne said. Such construction will either keep smoke from entering or push it to the top of a stairwell space, he said.

“What we tell people in high-rise fires is, if you’re going to evacuate, evacuate using the stairs,” he said. “Do not use the elevator.”

In a high-rise fire, Payne’s advice is to keep one’s apartment doors closed and keep damp towels on the floor directly where the door meets the floor.

“If you can’t get out, make a phone call, tell somebody,” Payne said. “We’ll come and get you.”

“London is a very unusual event right now,” he said.

Typically, a high-rise fire can be confined to a single room thanks to sophisticated sprinkler and “standpipe” systems that allow firefighters to send water up via connections in stairwells. And towers should have smoke and fire alarms, he said.

Elias Toubia, an assistant professor of civil engineering at the University of Dayton with an expertise in materials and structures, agreed that stairwells can offer some protection in fire situations – but only for a time.

At some point, a “flash-over” happens, with “everything” in or connected to a building either burning or subjected to high temperatures, he said. Structural joints or right angles in particular can be severely degraded. Once those collapse, the building is in danger.

The average aerial equipment on fire trucks reaches perhaps 100 to 150 feet, which is about 15 stories if a fire truck ladder can be parked directly next to a building, he said.

Because fire equipment can reach only so high, high-rise occupants should have early-warning systems and alarms of any kind, especially smoke and fire alarms linked directly to local fire agencies, Cheers said.

And residents should have escape plans, knowing where the closest and next-closest exit stairwells are, he added.

“That’s something I think everyone should have,” he said.

"A high-rise fire is the most complex fire you can respond to,"
