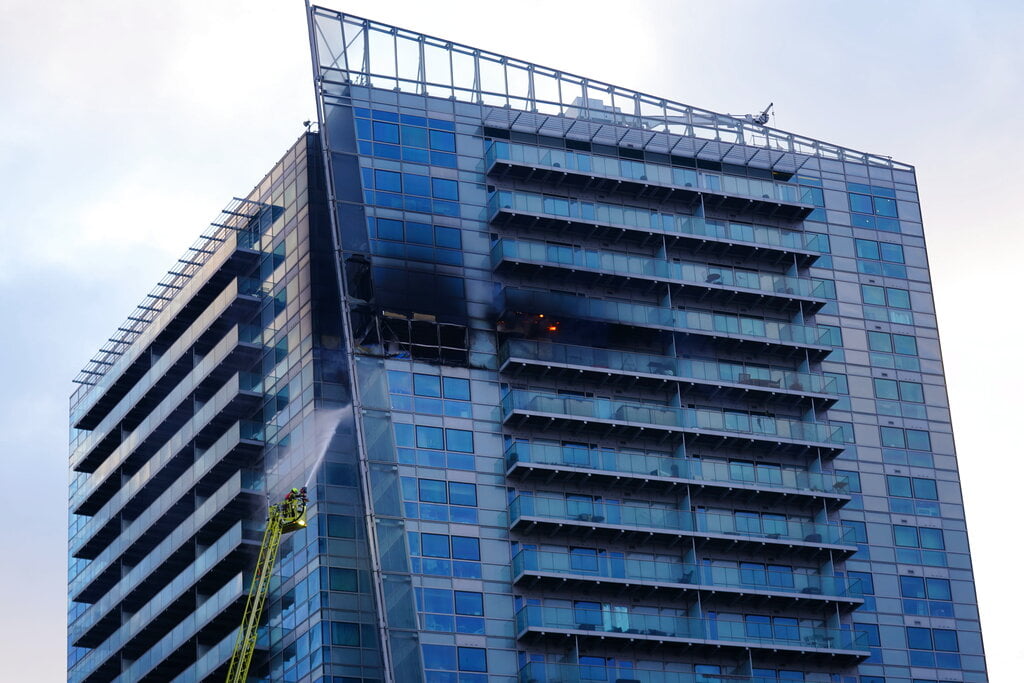 LONDON (AP) — More than 100 firefighters tackled a blaze Monday on the 17th floor of a mixed-use building in east London.

London’s Metropolitan Police said the building was being evacuated and road closures were in place in the Whitechapel area. The cause of the fire, which was first reported at 1553 GMT (10:53 a.m. EST), wasn’t immediately known.

Lynn Ling, a student at the London School of Economics who lives on the 20th floor, described the incident as being “very scary.’’ Ling said a friend sent her a message on social media about the fire and that she ran outside without her coat in fright.

“I did not hear an alarm. I think there was a fire alarm on the ground floor but I could not hear it clearly on the 20th,’’ she said. “I went out of my door, but I found there was smoke in the corridor so I went downstairs.’’

The building is a combination of retail, commercial and residential units. It is located between the City, the financial heart of London, and the neighborhoods of Aldgate and Spitalfields.

All contents © copyright 2022 The Associated Press. All rights reserved.

LONDON (AP) — More than 100 firefighters tackled a blaze Monday on the 17th floor of a mixed-use building in east London. London’s Metropolitan Police said the building was being evacuated and road closures were in place in the Whitechapel area. The cause of the fire, which was first reported at 1553 GMT (10:53 a.m. […]
