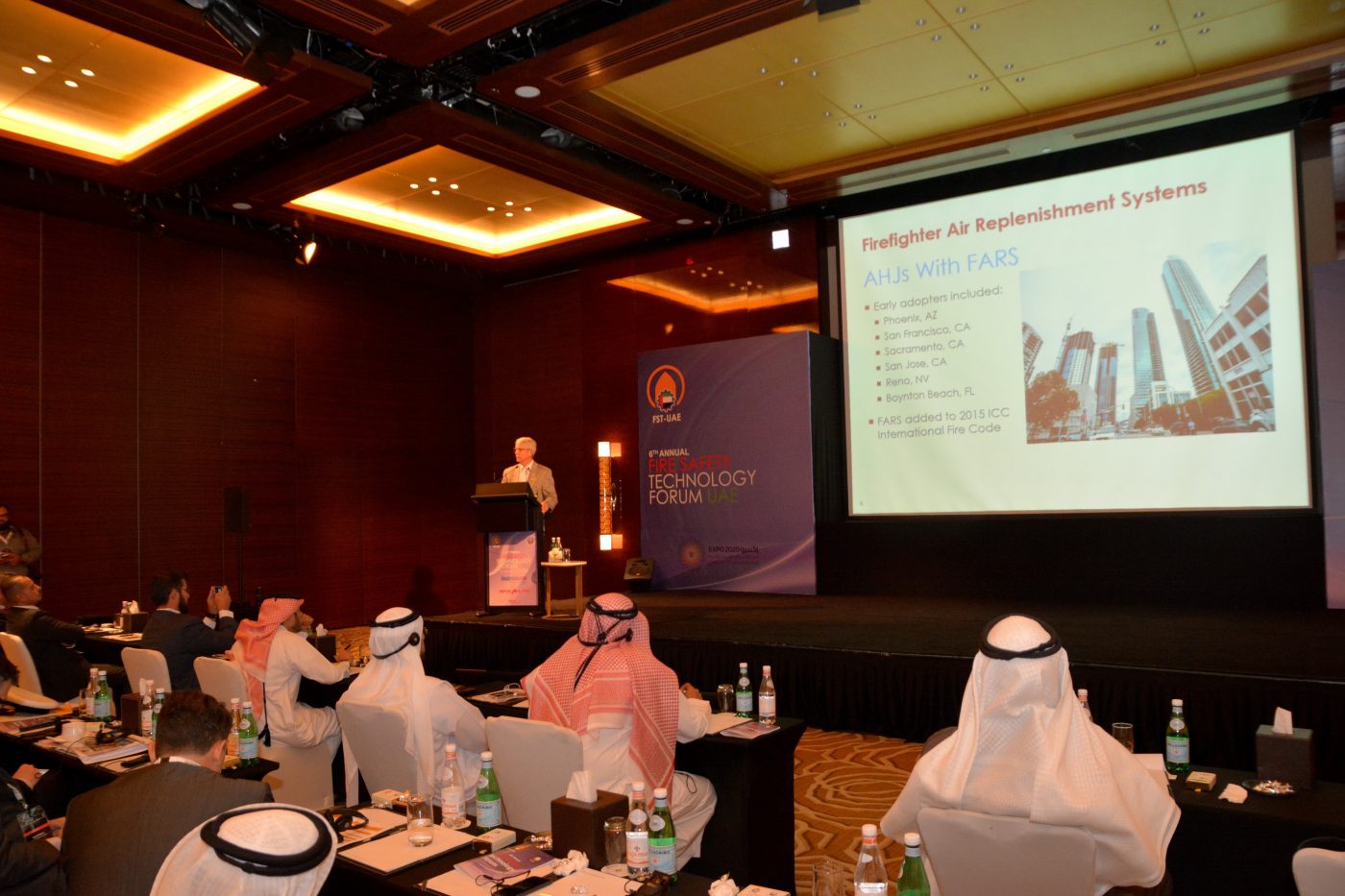 The Fire Safety Technology Forum, sponsored by the Dubai Civil Defense, was held in Dubai, United Arab Emirates, on April 27, 2016. The theme of the conference was “Innovation for High-rise Resilience.”  This theme was spurred by the fire in the 63-story Address Hotel, which occurred in Dubai on New Year’s Eve and was viewed live by millions of people around the world.

The fire was caused by an electrical fault on the 14th floor, which next ignited the exterior cladding (siding) of the building and rapidly extended up the exterior surface to the 63rd floor. Investigation reports indicate the cladding materials did not meet safety standards. There was considerable concern and discussion about how many other high-rise structures around the world has combustible cladding and how to prevent exterior vertical extension. In 2012, the 34-story Tomweel Towers high-rise, also in Dubai, experienced a fire on the 20th floor that also rapidly extend to the 34th floor by consuming the exterior cladding of the structure.

The rapidly expanding Address Hotel fire also created a major challenge to firefighting operations in resupplying SCBA air cylinders to firefighting crews. Chief Gary Morris, retired, Seattle Fire Department, lectured on the Firefighter Air Replenishment System (FARS). The system uses the same concept of a water standpipe in a stairwell to deliver air replenishment to multiple floors in a mid-rise or high-rise building. A small diameter stainless steel pipe runs ground floor to top floor in at least two stairwells. The typical system has a refill station at every 3rd floor with 4 high-pressure hoses with universal couplings. These quick connect couplings allow the firefighters to quickly connect their SCBA units and refill of the cylinder is completed in 2 minutes. The system is supported by a built-in air storage system, which allows immediate air replenishment of up to 200 cylinders while waiting for a fire department air compressor unit to connect to the system at a ground level exterior connection panel. The system eliminates the need for early arriving fire crews to shuttle large numbers cylinders into the building and therefore allows more firefighters to be committed earlier to the firefight.

You can watch Chief Morris’ presentation below