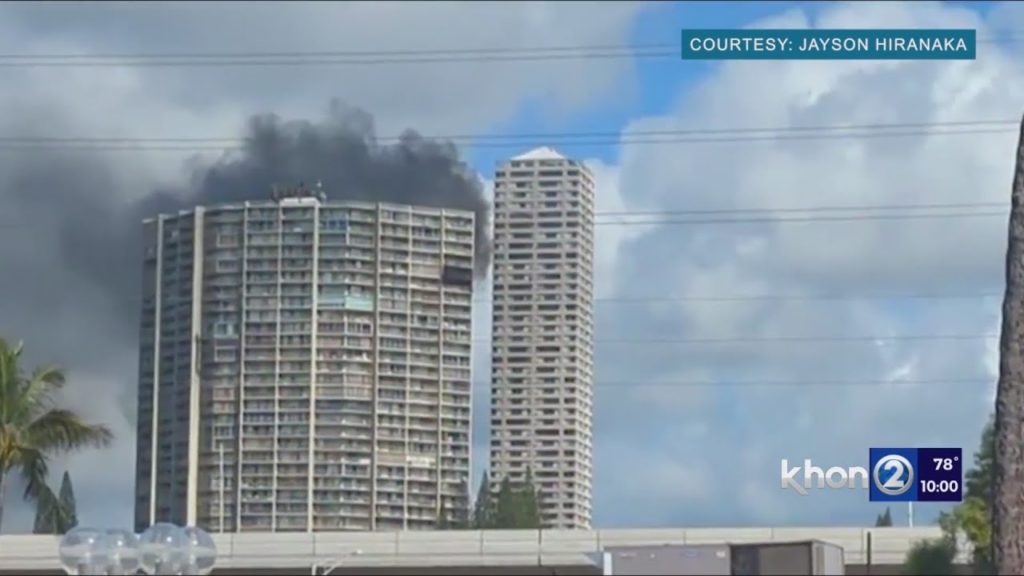 Jan. 21—A 77-year-old man and two dogs were killed in a fire that broke out Friday morning at a residential high-rise in Aiea.

A 77-year-old man and two dogs were killed in a fire that broke out Friday morning at a residential high-rise in Aiea.

The Honolulu Medical Examiner’s Office had yet to release the man’s name.

Ten Honolulu Fire Department units with more than 35 firefighters responded to the blaze at the 300-unit Lele Pono condominium building at 98-099 Uao Place just after 11 :25 a.m. The 32-floor, open-corridor structure is near Pearlridge Center and Pearlridge Community Park.

Firefighters brought the blaze under control shortly before noon and extinguished it just before 1 p.m. Crews searched unit 2901, where they found the unresponsive male resident, said HFD Capt. Malcolm Medrano. The two dogs were found under a bed.

Two other people who live in the apartment, a 50-year-old woman and her husband, also 50, were not in the building at the time of the fire. The woman is the 77-year-old man’s daughter, according to Medrano.

He said the fire was confined to Unit 2901. The charred exterior of the apartment’s balcony could be seen from a distance, and shards of glass were strewn on the building’s driveway leading to the parking garage.

Approximately 30 to 40 residents who evacuated their apartments at the time of the fire gathered in the building lobby on the ground floor, Medrano said. Firefighters were able to reunite a dog that was found alive in a unit on the 30th floor with its owner.

Volunteers with the American Red Cross were at the scene to assist affected residents.

The cause of the fire is under investigation, and a damage estimate had yet to be determined. HFD deployed a drone to assess the extent of the fire.

According to fire officials, Lele Pono is not equipped with fire sprinklers because it was built before a 1975 city ordinance requiring high-rise buildings to install sprinklers in all new residential high-rises.

Visit The Honolulu Star-Advertiser at www.staradvertiser.com 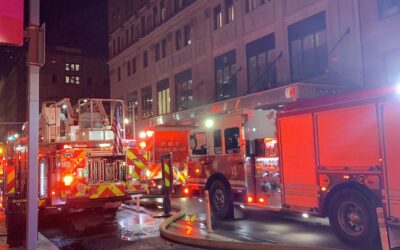 Brian C. Rittmeyer  The Tribune-Review, Greensburg Dec. 12—One person was killed, another was critically injured and two emergency responders were hurt in a fire in a Downtown Pittsburgh apartment building Sunday night. According to Pittsburgh Public Safety, police,... 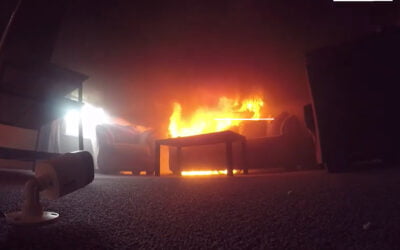 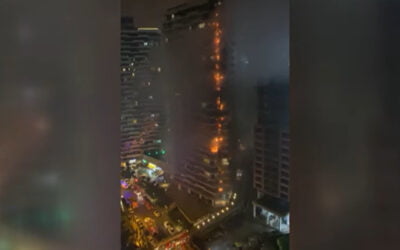 Ergin Hava dpa Istanbul — A fire at a 24-storey residential building in Turkey's largest city Istanbul was brought under control on Saturday, Istanbul Mayor Ekrem İmamoğlu said. The building was evacuated and there were no casualties, İmamoğlu wrote on Twitter. He...