Fire at High-Rise for Seniors in Richmond
 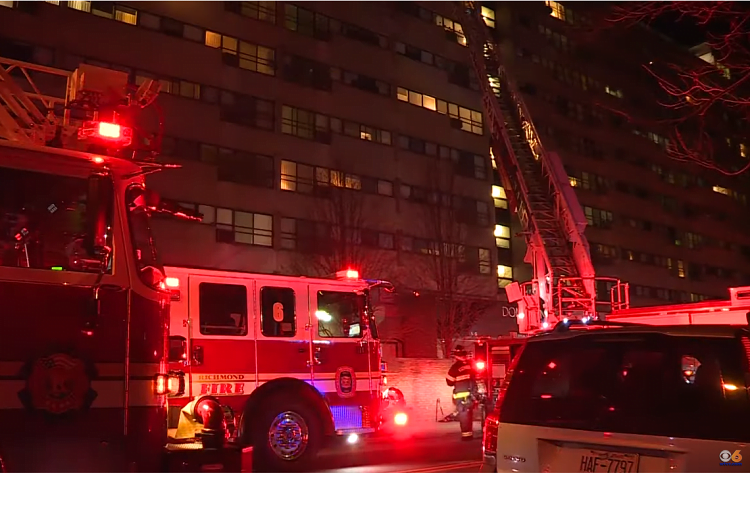 Fire on the fourth floor at Dominion Place

RICHMOND, Virginia – WTVR reports that one person was hospitalized and several residents were displaced after a fire in an apartment at a high-rise senior living facility in Richmond on Saturday.

Firefighters found heavy smoke and fire coming from an apartment on the fourth floor.

A second-alarm was called and the fire was brought under control at 9:45 p.m.

Fire on the fourth floor at Dominion Place     HighRise Ops Staff RICHMOND, Virginia – WTVR reports that one person was hospitalized and several residents were displaced after a fire in an apartment at a high-rise senior living facility in Richmond on Saturday. Firefighters responded to the Dominion Place apartments at 1025 West Grace […]
