Fire Breaks Out at High-Rise Block in West London
 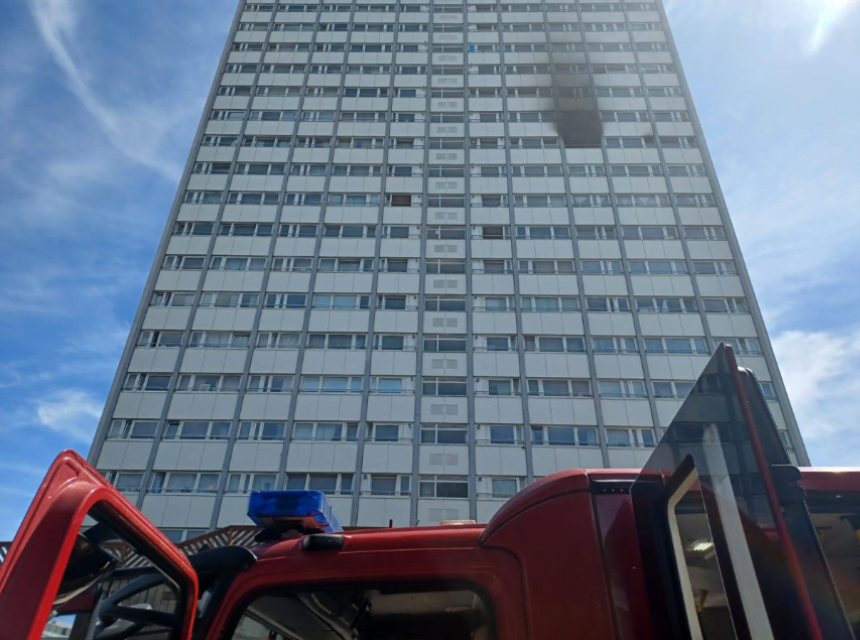 London — Residents were evacuated from a high-rise block in Shepherd’s Bush, west London, after firefighters battled a blaze on Tuesday morning.

London Ambulance Service said two ambulances and a Hazardous Area Response Team attended, with one person taken to hospital and two assessed at the scene.

In a statement from the scene, station commander David Bracewell said: “Firefighters dealt with a fire on the 12th floor of a tower block in W11. Three people from the affected flat left before the brigade arrived. A number of other residents evacuated the building.

“Firefighters led six residents to safety via an internal staircase. Further residents who were not affected by fire, heat or smoke were advised to remain in their flats.

“In the early stages we used new technology called 9Eye that enabled a caller to send live stream videos of the incident straight into the brigade’s 999 call centre.

“We’ve also used a 32m turntable ladder to put water on the outside of the building.”

In a statement on Twitter, the ambulance service said: “London Ambulance Service is responding to a fire in Queensdale Crescent, W11, alongside colleagues from the London Fire Brigade.

“We have dispatched multiple resources to the scene and are treating a number of patients.”

The building is less than a mile away from Grenfell Tower where 72 people died following a blaze in 2017.