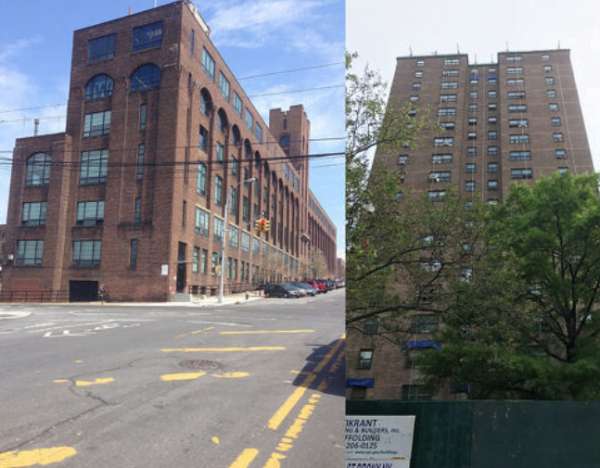 Determining the fire floor in a HRFPMD requires patience

Even though the two buildings in the above photos look similar on the exterior, they are vastly different. (Photos 1, 2) The first building is a high-rise commercial building. In New York City, they are referred to as Class E Buildings.

Below is a general description from the Fire Department of New York (FDNY) High-Rise Bulletin: 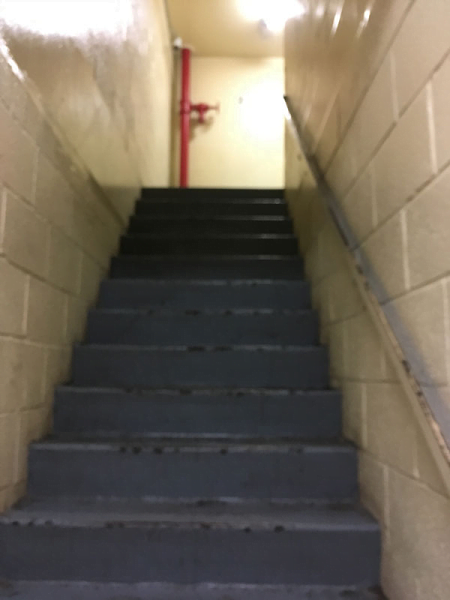 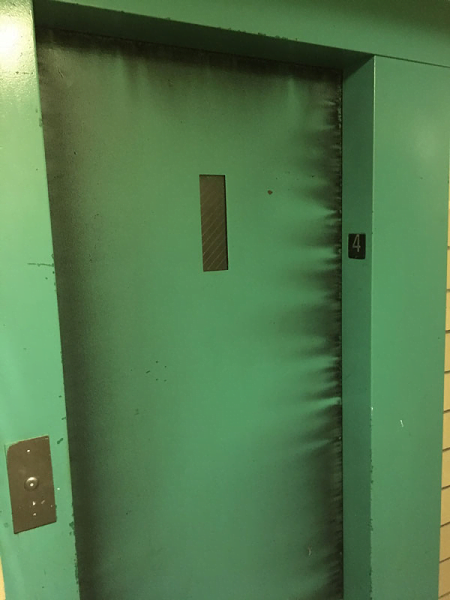 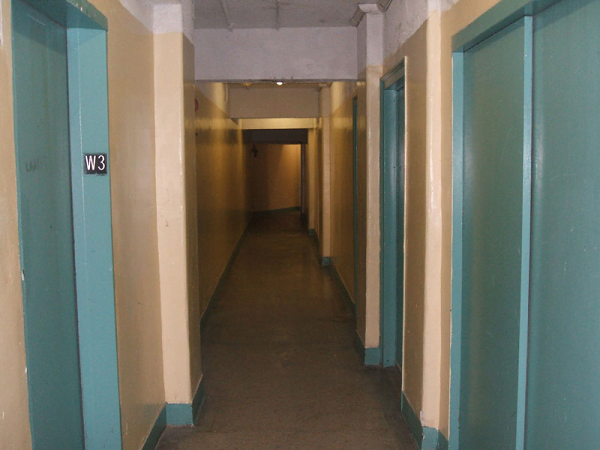 Our procedures are based on the assumption that we have a fire in an apartment on a floor in the building. Based on the location—above or below the seventh floor—some of our tactics may change, but usually they are the same regardless. It all depends on whether or not our ladders will reach. There were two recent fires that were atypical. 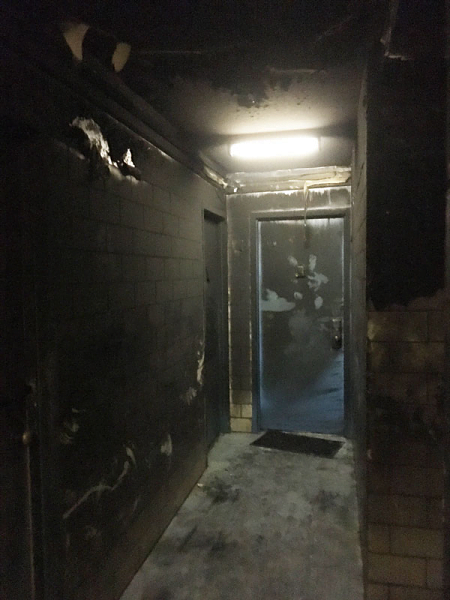 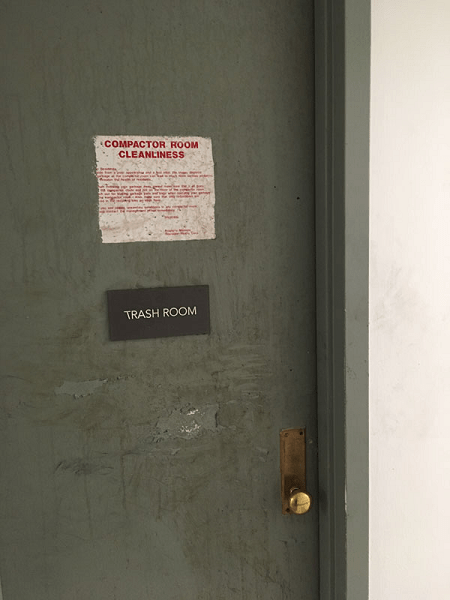 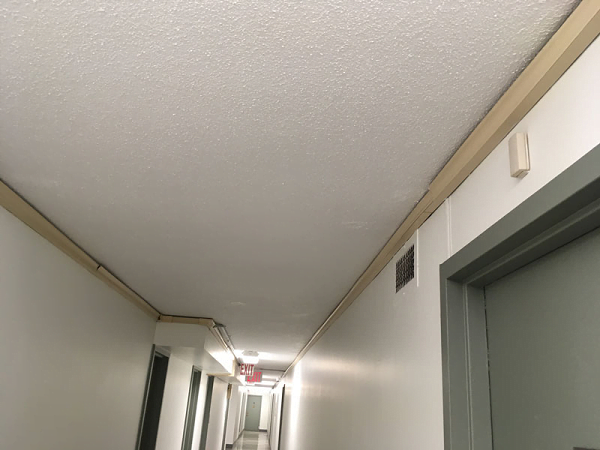 One fire was in the public hallway (Photo 6), the other in the compactor trash chute. (Photo 7) The problem here was that firefighters could not confine the fire and the smoke travelled throughout the building. The compactor fire was even a bigger problem because of the vents in the public hallway. (Photo 8) These fires used to be considered a small operation—in the FDNY, we use a 10-18, one engine and one ladder—but are becoming more of a problem because of the heavy smoke penetrating the interior of the building. Even though the smoke permeates the interior, fire will not.

Looking at the strategic plan from the FDNY High-Rise Bulletin, we see that the two plans are very different, but there are some of the parts of the plan that can be applied to fires in HRFPMDs.

The first-alarm battalion chief will assume the position of incident commander. The following is a basic strategic operating plan for use at major high-rise fires. (Listed in order of importance)

Determining the fire floor in a HRFPMD requires patience. While responding, you are guaranteed to get numerous calls from occupants stating that there is a fire in the building. The initial call the other night was a report of a fire on the eighth floor. This caller actually stated “fire,” but usually the callers state that there is smoke in the building. After that the flood gates opened, and we received at least 20 more calls.

The difference between the Class E and the average HRFPMD (buildings that are luxury may have alarms and a fire command center with a doorman) is that there is no one to coordinate the information. If a building has 20 floors with 10 apartments per floor, you have 200 different people affected. In Class E buildings, the fire safety director will coordinate all the information. 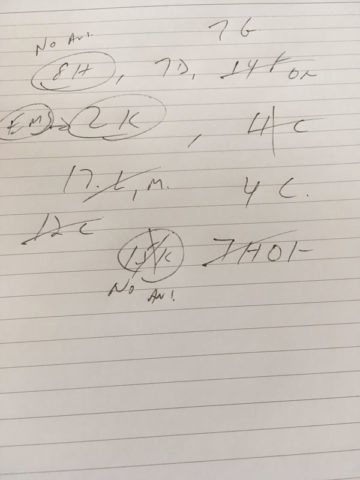 What I generally do, unless the fire is obvious, is to make note of all the apartments that call (Photo 9) and pick the lowest call and start there. If a caller states “fire,” that changes things a bit. In such a case I may have the crews focus their attention there. For some reason I didn’t pay much attention to the report of fire on eighth floor. I think because it sounded too vague and no specific apartment was given.

Note: Determine the fire floor location as rapidly as possible. All future actions hinge on this vital piece of information.

It is critical to the operation that the fire floor is verified. All units except the first due truck should wait in the lobby until we receive confirmation of the fire floor. This ties in with the concept at any structural fire to locate the fire first before we start any stretching. The last thing we want to have is units arriving on the fire floor via the elevator.

In a Class E, from my very limited experience, I found that the fire safety director often has great intel. This is usually unlike a HRFPMD, where it’s usually a crapshoot trying to get information from fleeing civilians. One trick I used when I was a firefighter and company officer would be when the elevators returned to the lobby using the fireman service key, I would look up the shaft and see if any smoke was visible. Another thing that I would do would be try and determine what was burning by the odor of the smoke. For example, if the elevator returns to the lobby and the odor is metallic, odds are that we have a “food on the stove” fire. A paper smell usually indicated a rubbish fire, etc. Sometimes the smoke had that distinctive odor, where you knew there was a good working fire upstairs somewhere.

The other day we were dispatched to a “Class 3” alarm in a HRFPMD. The building is brand new, with all state-of-the-art sprinklers, standpipes, and smoke detectors. There is a command board in the lobby with 24-hour monitoring. The units investigated the source of the alarm: fire on the eighth floor. Much to my and everyone else’s surprise, we had a sprinkler go off. There was a small fire in the apartment that the sprinkler extinguished.

I would not take the word of any fleeing civilians. Respectfully take the info and make note, but the location needs to be verified by fire department personnel before any units start heading up. Too often I’ve seen well-intentioned civilians give firefighters bad information. Once the first-due ladder or whoever is responsible for locating the fire has verified the fire floor, the units can make their way up.

A perfect example would be my last two fires in HRFPMDs. We received calls from the upper floors all reporting smoke, with some even reporting fire. Both fires wound up being in the lobby. One was in the compactor chute, and the other was the elevator in the lobby.

The fire in the elevator didn’t get located until well into the operation after the first engine had already hand stretched to the fifth floor. A fleeing civilian told the firefighters that the fire was in his apartment on the fifth floor. The first-due ladder found his front door open and thick black smoke was down to the floor.

Simultaneously, or as soon as possible, begin the process of controlling evacuation

Occupants of numerous floors may have self-initiated evacuation causing near panic in stair shafts or building lobby. These stairways must be searched and controlled during all phases of fire operations.

Due to large floor areas or maze-like corridors, occupants on the fire floor may be unaware of the fire until it is too late to evacuate. Search of large areas will be required.

Search and evacuation of the floor above the fire will also be required as soon as possible.

This will be almost impossible in a HRFPMD. Civilians will self- evacuate no matter what, so plan on it. Prior to 9/11, I don’t remember seeing the amount of people self-evacuating as I do now. The other night when I arrived on scene of the compactor fire, I saw at least 100 people in the street. There were another 100 in the rear that I didn’t know about until much later, when the FDNY EMS lieutenant informed me that there were five civilians requesting medical attention.

A well-meaning civilian took it upon himself to play fire warden and began banging on doors and evacuating people on all floors. I must say he was quite proud of himself. I spoke to him and questioned him on why he would have people leave a perfectly safe fireproof apartment with a balcony, having them walk down 17 flights of stairs in blinding smoke.

He responded by telling me: “I thought we had to get out.”

No matter what we do or hard we try, we will never convince people that they are safer in their apartment. Granted, this building did have vents on every floor, but still it is just smoke in the hallway. If occupants stay put and put a towel on the bottom of door, they can shelter in place by the balcony and be fine. If there is a HVAC system and it services the whole building, that’s a whole different story. In such a case, we need to take action, but for the most part most buildings I see are public housing and don’t have HVAC.

My best friend in the fire department was in command of a very high-profile fire on the tenth floor in a Midtown luxury high-rise. Every apartment had a balcony. I happened to be working and listened to the tremendous volume of people calling the dispatch, reporting that they were trapped. The dispatchers advised the panicked civilians to stay put, place a towel under the door, and go near a window or balcony…you’ll be fine. One couple decided to not heed the advice of the FDNY dispatcher and headed down the stairs.

In a HRFPMD and a Class E building, the first-due ladder and Engine officers confer on which will be the attack stair; the rest will be for evacuation. In a perfect world, the attack stair is clear of civilians before the door is opened and the fire attack begins. The evacuation stair doors remain closed on the fire floor to keep them clear of smoke. These two civilians were overcome on about the 20th floor and succumbed to the smoke. A tragedy: they left a perfectly safe apartment 30 floors above the fire to put themselves in harm’s way.

In my next column, we will review other aspects of fighting fires in these buildings, including gaining control of a building’s systems (elevators, HVAC, communications, fire pumps) and confining and extinguishing the fire.

First-Due Battalion Chief: The Importance of Locating the Fire First

Determining the fire floor in a HRFPMD requires patience   By Danny Sheridan | Fire Engineering, September 2019   Even though the two buildings in the above photos look similar on the exterior, they are vastly different. (Photos 1, 2) The first building is a high-rise commercial building. In New York City, they are referred […]
