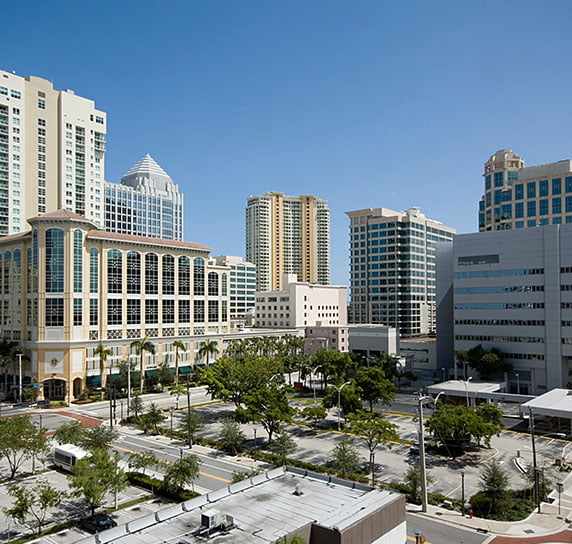 A wake up call from Bill Gustin

Fire departments in the State of Florida must wake up to the reality that there are hundreds of high-rise condominiums in this state that have only partial or no sprinkler protection. Whereas older high-rise apartments, hotels, and office buildings were required to be retrofitted with sprinkler systems, lobbyists for condominium associations have been successful in persuading the state legislature to grant and extend a grace period for installing sprinklers.

Citing the tragic Grenfell Tower high-rise fire in London, the governor of Florida vetoed a bill in the legislature that would have further extended the grace period for installing sprinklers in existing condominiums but this has now been extended to 2024. To avoid an unreasonable financial burden on condominium owners, the State arrived at a compromise allowing condominium owners to opt for an “Engineered Life Safety System” (ELSS) instead of installing a full sprinkler system that is compliant with National Fire Protection Association (NFPA) Standard 13, Standard for the Installation of Sprinkler Systems. An ELSS is based on an engineering analysis of an existing building with implementation of additional fire protection measures including any or all of the following: partial sprinkler protection; smoke detection; smoke control systems; compartmentation; and other improvements. The analysis takes into account factors such as the risk to occupants; their health, age, and mobility; distance to exits; and fire resistance of compartmentation.

An ELSS must be approved by Authorities Having Jurisdiction, which in most jurisdictions would be the local fire marshals. Although there is significant controversy and ambiguity surrounding ELSSs, this, in my view, is how it will impact fire officers: the most we should expect in existing high-rise condominiums will be the installation of partial sprinkler systems, with sprinklers in public areas and no more than one sidewall sprinkler head inside the door of living units.

It is very important to understand that many existing condominiums were constructed in the early 1970s; consequently, they have a very limited water supply dedicated to fire suppression. Whereas today, flow tests are required to ensure adequate water supply for fire suppression systems, older buildings may be supplied by small-diameter and, often, dead-end water mains. Additionally, since many of these existing condominiums were constructed before 1993, they are only required by NFPA 14 to have a minimum standpipe hose outlet residual pressure of 65 PSI at a flow of 500 GPM. Although, theoretically, outlet pressure will be higher at flows less than 500 GPM, consider the age and condition of the fire pump and piping of standpipe systems in these old buildings.

Synergy is defined as the interaction or cooperation of two or more factors or substances to produce a combined effect greater than the sum of their separate effects. An old saying, “The whole is greater than the sum of its parts,” expresses the basic meaning of synergy. In terms of high-rise condominium fire safety, there are many factors which, individually or combined, should be considered as having the possibility of endangering high-rise occupants and firefighters.

High-rise buildings have garnered significant attention in the fire safety world over the years. The multiple floors of a high-rise building create the cumulative effect of requiring great numbers of persons to travel great vertical distances on stairs in order to evacuate the building. The public, code bodies, local, regional and federal governments, as well as the design, build, and ownership communities are all affected by high-rise building safety.

Most fire officers who will be literally “on the (hose) line” at a high-rise fire have never spent any time in their department’s fire prevention bureau. Consequently, they are not familiar with codes and standards such as NFPA 13 and 14 and do not understand the purpose of function of standpipe pressure-reducing valves. The lives firefighters who actually fight a high-rise fire may well depend on the reliability of the standpipe system that supplies their hoselines.

Are fire officers aware of the last time it was flow and pressure tested in accordance with NFPA Standard 25, Testing and Maintenance of Water-Based Fire Suppression Systems? Additionally, I have never conversed with a fire suppression system contractor who wasn’t willing  to answer my questions. Line firefighters who respond to fires must realize that they alone cannot protect the occupants of high rise buildings from fire—they must reach out to their fire prevention personnel who have a good working knowledge of codes and fire protection systems. Additionally, public education is critical. Although they will never completely prevent panicky residents from leaving the refuge of their tenable units, fire departments, through public education, should make their best effort to educate occupants of residential high rise buildings that they are better off remaining in their units rather than venturing into smoke-filled hallways and stairwells.

BILL GUSTIN is a 45-year veteran of the fire service and a captain with the Miami-Dade (FL) Fire/Rescue Department. He began his fire service career in the Chicago area and is a lead instructor in his department’s Officer Development Program. He teaches tactics and company officer training programs throughout North America. He is an advisory board member of FDIC International and a technical editor of Fire Engineering.

A wake up call from Bill Gustin     By Bill Gustin | Fire Engineering Fire departments in the State of Florida must wake up to the reality that there are hundreds of high-rise condominiums in this state that have only partial or no sprinkler protection. Whereas older high-rise apartments, hotels, and office buildings were […]
 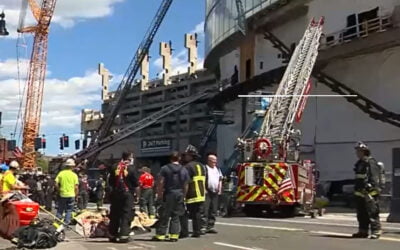 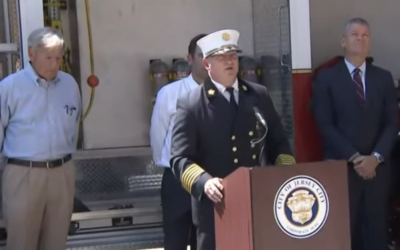