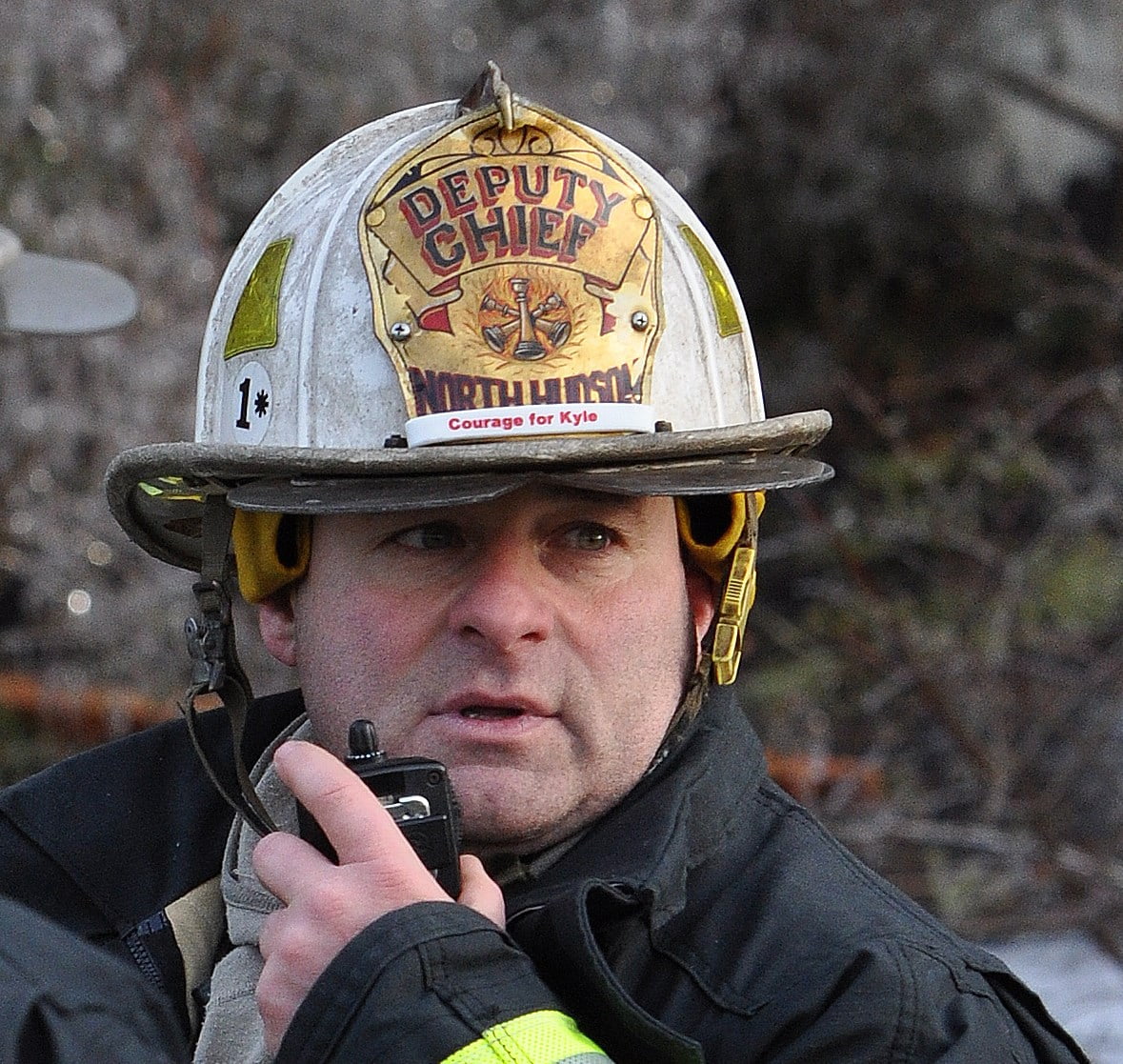 High-rises present challenges to the fire service that other buildings do not.  While the fire resistive make-up of the building provides some advantages in regard to structural combustibility (close to none) and fire spread potential (relatively limited), the logistics of operating well above the street presents unique challenges for fire departments.  In this installment, I’ll cover a few of those and present some solutions as well.  Problem solvers are infinitely better than problem finders.

In any fire, most departments seem to run short of staffing way too quickly.  A high-rise fire, like a fire in attached combustible structures, will reveal a department’s staffing limitations very quickly and in a most evident manner.  Concurrently, personnel are required to staff the Command Post and upper floor organizational positions, provide building-related support such as elevator control and standpipe control, and operate in the fire area and the areas above, which includes stairwell recon.  All areas of the building must be covered.  If you don’t have enough personnel, and most departments don’t, what options do you have?  The best solution short of hiring a lot more people for your department is to make good use of the fire departments in the immediate vicinities.  For many departments, a solid automatic mutual aid agreement can address many of the staffing issues that arise when large-scale operations are required.  A high-rise fire response is one of those.  Establishing a first alarm response protocol with assistance from surrounding areas is one of the most effective ways to boost on-scene staffing in the most efficient amount of time.  In order to be effective, it must be an initial alarm response and not a “wait till the Chief requests it” response so that there is minimal delay in reflex time.  Waiting for Command to call those companies in is like a second alarm response.  It can be too late.  Bring in the help as part of the initial response and you will have not only a safer fireground, but also one in which you can actually get something done!

If you believe in the increased staffing philosophy discussed above, you must also have an action in place before the fire, so that any coordination challenges on fire day are minimized.  You need to plan with your mutual aid departments, whether they are coming in on automatic aid (preferred) or additional alarm mutual aid.  Waiting until the day of the fire to figure this out is a recipe for failure and potential disaster.  There is nothing more effective to organizational success than a common policy between departments.  In 1999, before we merged to form North Hudson (NJ) Regional Fire and Rescue, the five merging departments already had solid inter-departmental policies and even some common equipment, among them a Mayday and emergency radio procedures policy, a SCBA policy, an Incident Management SOP, and a common high-rise SOP.  This was followed by some of the mutual aid groups in Bergen County, New Jersey, who have also adopted a common high-rise SOP.  Recognize that unless you are in a very big department, no one fights a high-rise fire alone these days.  Having everyone on the same page, or at least in the same book, will benefit all players, increasing safety and effective coordination.

This is relatively new thing.  For a very long time, protection-in-place was an accepted and agreed upon protocol in the disposition of occupants during a residential high-rise fire.  This changed when officers began carrying personal CO meters on their turnout coats.  We discovered this at a fire on the fourteenth floor of a thirty story residential high-rise. Although the fire never got out of the apartment, ensuing entry and attack operations permitted whatever smoke didn’t vent from the windows to migrate to the hallways and to the attack stairwell.  From there, it was vented out the bulkhead at the roof.  The companies assigned to the upper floors for recon, which had been recently issued CO meters, found that the meters were in alarm, even many floors above the fire.  This requires action to be taken.  One option is the balcony.  This is fine if the weather is nice and the apartment is not in line with venting smoke from the fire.  Another option is to move people to a tenable side of the building, often on the same floor (horizontal evacuation).  If the building has automatic closing fire doors around the elevators, which is fairly common now, it might be best to move the occupants to a remote apartment on the other side of the building inside the fire doors.  That did the trick at this fire.  Even if no jacket-mounted meters are available, hand-held metering as a matter of routine above the fire activities (SAE operations) now becomes a necessity.  If the equipment is available, it must be utilized to its best advantage.  Just imagine, if residents on the upper floors were affected or even overcome by smoke and the ensuing investigation revealed that the department should have metered the atmosphere and did not…. sounds like a lawsuit to me!

If we are going to need a mountain of firefighters in a high-rise incident, we are also going to need a mountain of equipment.  That, like everything else, is critical to the smooth execution of the action plan.  A tool pool or Resource Division must be established one floor below the Operations Division.  This location may be two to three floors below the fire depending on conditions and possible reverse stack effect adjustments.  The high-rise SOP must address who carries what equipment.  The operations will demand additional hand tools and hose, but also an abundance of extra SCBA cylinders to allow the operation to continue to move forward.  Without this vital resource, the operation and attack will grind to a halt.  For this reason, Mask Service Units (MSU) companies should get a key position at these fires.  In North Hudson, with the arrival of the second alarm companies and all subsequent additional alarms, personnel are required to bring SCBA cylinders to the Resource Division.  Companies are also directed to “liberate” carts such as those used by building maintenance to stack cylinders and move them upstairs.

Two options are now available to the fire service to make this operation more efficient.  One, which been now adopted as an ordinance for all new high-rises in Jersey City, is for builders to include fire equipment closets every ten floors in new construction so that firefighters do not have to lug so much equipment to the upper floors.  There is a mechanism in place for responsibility for the equipment such as testing, inventory control, and upkeep. It is a good idea and will cut down on firefighter fatigue.

The other, even more important plan is keeping SCBA filled with air.  The introduction of firefighter air replenishment systems (FARS), which are basically building-installed standpipes for air, some of which are equipped with on-site air storage systems, has revolutionized high-rise operations, providing the ability to continue operations without the concern of running out of air in the operational areas.  I don’t know about you, but at all the high-rise fires I have been to, there was always a scramble to secure enough SCBA cylinders at the Operations Division, followed by another flurry of activity to get the depleted cylinders back down the elevators to the MSU at the street to refill the cylinders.  It is a daunting task to keep up with the demand for air replenishment, especially in an escalating fire where many floors have to be searched and operations are challenging due to heat conditions, requiring the relief and rotation of firefighters.  From my experience, both as a firefighter, Company Officer or Chief in the operational areas or as an Incident Commander who has the burden of coordinating all these activities and providing the required resources in a timely fashion, I wish that FARS with on-site air storage systems were available.  It would have made operations much easier to manage and keep the attack from stalling due to lack of available air cylinders.  Some cities have already adopted FARS, which is now in the 2015 International Fire Code under Appendix L, and require the supporting air storage system.  They are ahead of the curve.  This innovation, like the fire service itself, will move us forward in our never-ending quest to “do da job.”

People and equipment are required to address high-rise fires, as well as all other types of structure fires.  Fire departments must seek ways to minimize effort while still getting the job done safely.  Don’t be afraid to embrace new ideas. Innovation is what has moved us forward.  Otherwise, we’d still be going to fires by horse-drawn apparatus and eating smoke. Be safe out there.

Quote of the day:  “Curiosity and Innovation:  Millions saw the apple fall, but Newton asked why.” ~Bernard Baruch