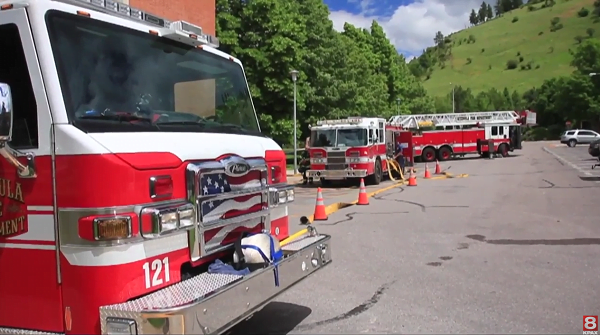 MISSOULA (KPAX) – With Missoula in a vertical building boom right now, Missoula firefighters are also going up, literally, as they train for a worst case scenario where the fire is a long ways up in the air.

Until recently, a high-rise fire in Missoula would have been a rarity. But with more commercial and residential buildings becoming multi-story in the last few years, there’s an increasing chance Missoula firefighters could find themselves dealing with “vertical fire.”

But it’s a scenario they’ve always been training for. With the cooperation of the University of Montana, firefighters train regularly at Aber Hall, which at 11-stories has been the highest in Missoula along with its twin, Jesse Hall. It’s critical training.