Posted by: in Uncategorized September 27, 2018 Comments Off on Fire Strikes Kuwaiti High-Rise Under Construction 2,076 Views 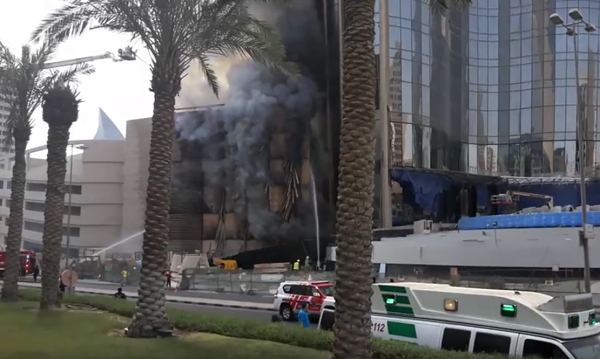 KUWAIT CITY (AP) — A skyscraper under construction for the National Bank of Kuwait has caught fire, sending 2,500 workers fleeing from the flames.

The fire broke out in Kuwait City on Thursday, sending thick black smoke up into the sky.

The bank on Twitter described the blaze as a “partial fire” and said firefighters had extinguished 90 percent of it.

There were no reports as to what might have caused the blaze and Kuwaiti civil defense officials did not immediately comment on it.

2018-09-27
Skyscraper (Phone)
Previous: Brooklyn All-Hands High-Rise Fire
Next: Grenfell: “We Would Not Change Anything”