One dead during 12th floor fire 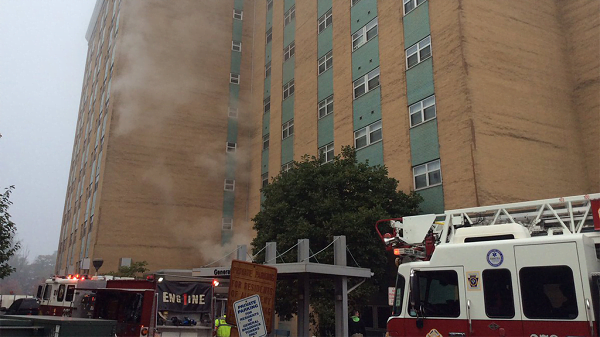 NORTH BRADDOCK (KDKA) — A fire in North Braddock has turned into a homicide investigation. Police confirm one person is dead.

According to Allegheny County officials, firefighters were sent to the scene around 7:40 a.m. for an automatic fire alarm. When they arrived at the scene, officials noticed smoke coming from a 12th floor apartment.

“Came down to the 12th floor apartment that was on fire and immediately began fighting the fire. During the course of fighting the fire, they located a victim in cardiac arrest. That victim was brought out and transported to hospital,” Steve Imbarlina, Assistant Chief with Allegheny County Emergency Services, said.