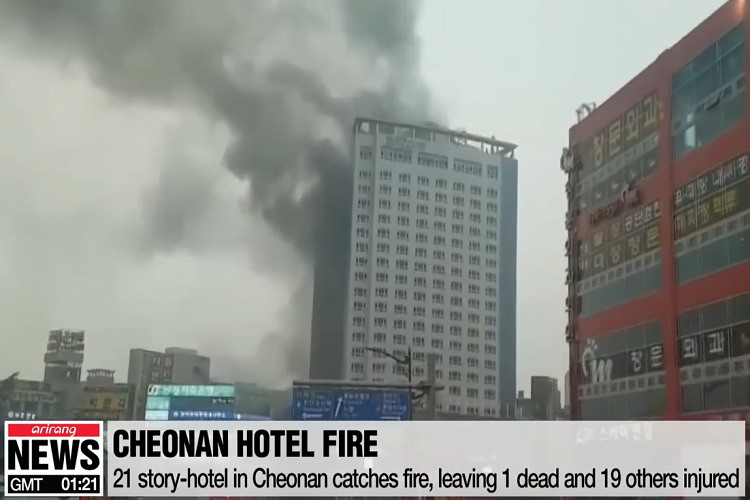 ARIRANG NEWS – A twenty one-story hotel in South Korea’s central Chungcheongnam-do Province caught fire on Monday afternoon leaving one employee dead and at least 19 others injured. The 53-year-old employee was found dead as blaze ripped through the Ramada Encore Cheonan Hotel. The injured were sent to a nearby hospital. Three are known to have been seriously injured. It’s believed the fire broke out in the basement. The exact cause remains unclear.