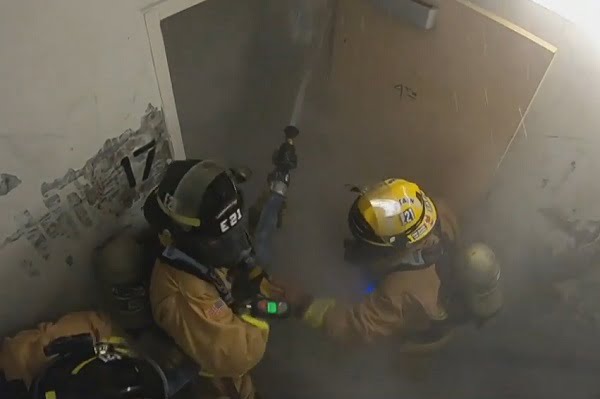 The Honolulu Fire Department is wrapping up new high-rise firefighter training. A thousand firefighters went through training these past few months. (KHON 2)

Several operational changes were made very quickly after the 2017 fire, including some in response to problems Always Investigating uncovered at the time. This new training program took years to develop, and to get nearly 1,000 firefighters through the homegrown course.

Deadly lessons learned at the Marco Polo in July 2017 led HFD to rewrite the book on fighting high-rise fires. “Our basic techniques that we’ve done all this time had worked just fine for us,” said Capt. Joey Condlin, who helped develop the training program. “Marco Polo showed us something different.” MORE