Fire on the 12th floor 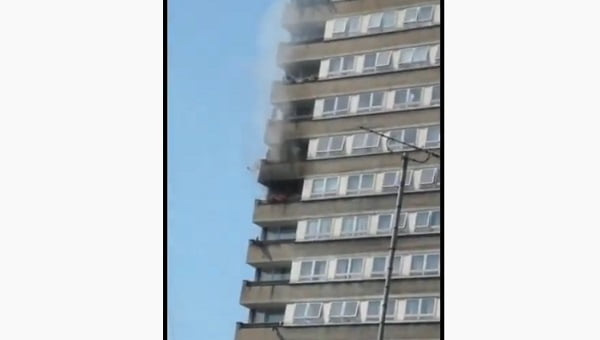 NOTTING HILL (BBC News) – A fire broke out in a high-rise flat a short distance from the site of the Grenfell Tower disaster. Ten fire engines and 70 firefighters were sent to the scene in Darfield Way, the London Fire Brigade said.

The fire on the 12th floor of Markland House was brought under control by 12:55 BST and no injuries have been reported. Its cause is not yet known.

The block of flats is under a mile from Grenfell Tower where seventy-two people died on 14 June 2017. MORE