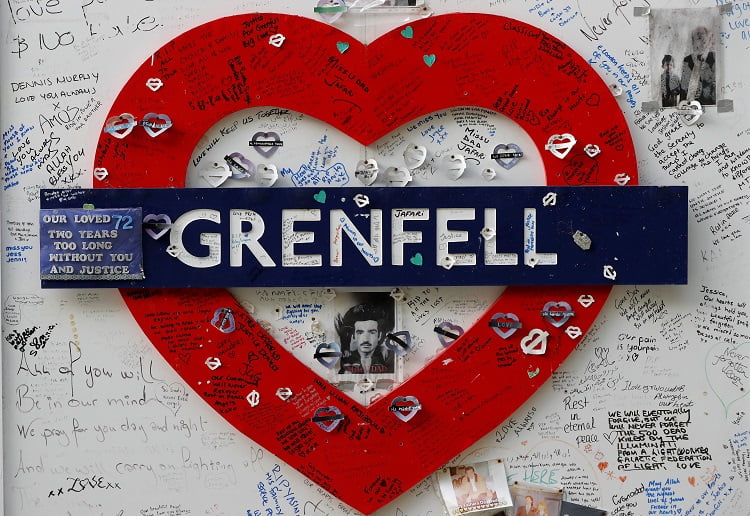 Messages are written on a construction wall near Grenfell Tower in London, Wednesday, Oct. 30, 2019. A report released Wednesday on the deadly apartment block fire in London has condemned the London Fire Brigade and concluded that fewer people would have died if the building were evacuated more quickly. (AP Photo/Frank Augstein)

LONDON (AP) — British Prime Minister Boris Johnson Wednesday vowed to speed up efforts to make sure the dangerous cladding used in the Grenfell Tower is removed from other high-rise buildings before there is another tragic fire.

Speaking on the day a damning report into the June 2017 that killed 72 people, Johnson said the government has taken steps to remove the cladding from government-owned buildings and will take action against private landlords who do not follow suit.

“Nearly all private high-rise residential buildings where such cladding remains are now in line to have remedial work scheduled,” he said. “Where that is not case, the government will work with local authorities to take enforcement action if landlords refuse to deal with the problems themselves.” 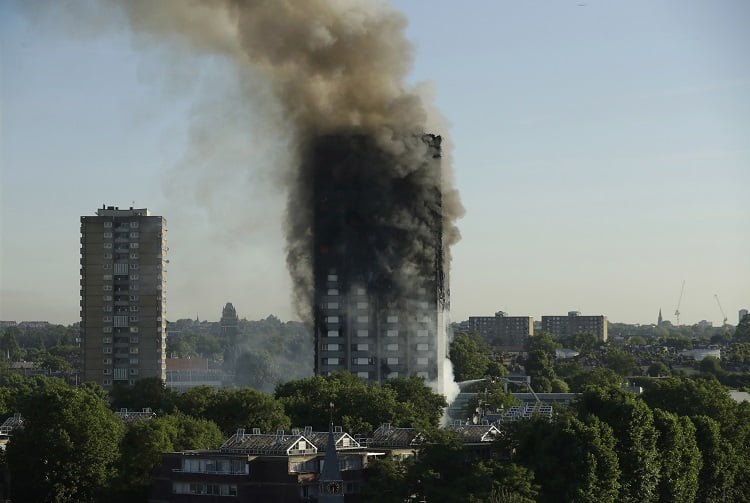 The prime minister spoke in a solemn tone after the House of Commons observed a minute of silence to honor the victims trapped in the inferno.

“No report, no words, no apology will ever make good the loss suffered and the trauma experienced,” Johnson said as some of the bereaved families watched from the public gallery in Parliament.

But he said he hoped the report will bring “some measure of comfort to those who have suffered so much.” 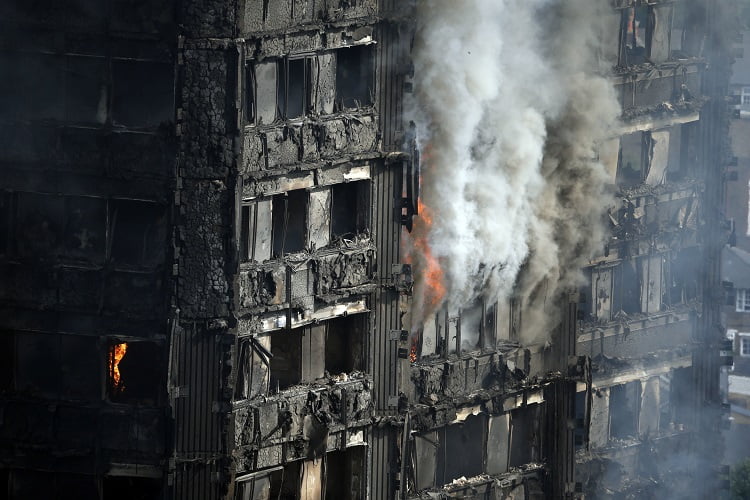 The inquiry report published Wednesday criticized the London Fire Brigade for allowing a “stay in place” order to remain in effect even after it became clear the safety systems were failing, leading to an increased loss of life.

It said residents of the public housing building should have been told to evacuate more quickly because the fire was spreading so fast that rescuing people from their apartments was not possible in many cases.

Nazanin Aghlani, who lost two family members including her mother to the blaze, said the death toll should have been lower.

“However brave some of the firefighters were, on the night there was a serious lack of common sense,” she said. “They didn’t see what was so vivid in front of them.”

She said “a lot of people could have been saved” if a sound evacuation plan had been in place. 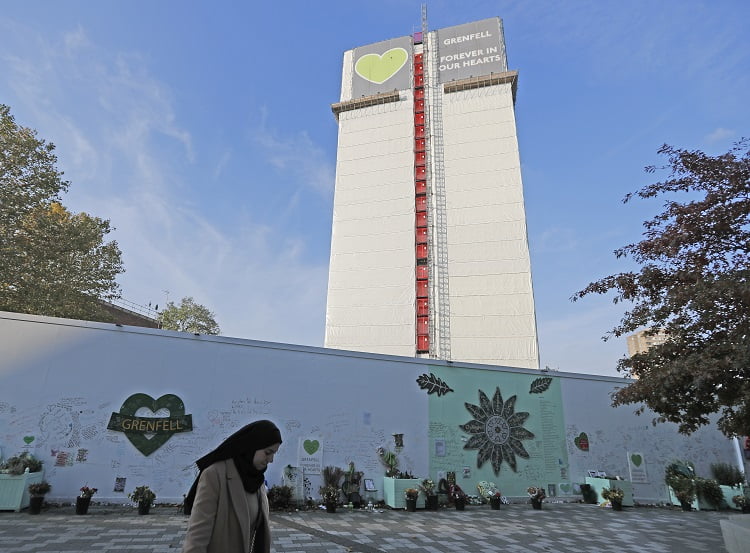 A woman passes a construction wall with written messages near Grenfell Tower in London, Wednesday, Oct. 30, 2019. A report released Wednesday on the deadly apartment block fire in London has condemned the London Fire Brigade and concluded that fewer people would have died if the building were evacuated more quickly. (AP Photo/Frank Augstein)

London’s fire commissioner Dany Cotton said Wednesday that firefighters faced an “unprecedented” situation in the overnight tower fire. She promised to consider the recommendations of the inquiry led by Martin Moore-Bick but defended the department’s performance.

“We are disappointed at some of the criticism of individual staff members, who were placed in completely unprecedented circumstances and faced the most unimaginable conditions while trying to save the lives of others,” she said.

Moore-Bick said the London fire department’s lack of a safe evacuation plan for the tower was a “major omission.” Residents had complained about the lack of fire safety procedures even before the blaze.

The chairman recommended 46 changes to make Britain’s apartment towers safer in the future, including establishing national guidelines for partial and total evacuations of high-rise apartment buildings that acknowledged that elderly and disabled residents may need extra help.

Moore-Bick said there was compelling evidence that the tower’s external walls “actively promoted” the fire.

The Phase One report published Wednesday deals solely with the tower inferno on June 14, 2017. The next phase will deal with broader issues, including how an electrical problem in one refrigerator could have created a tragedy that killed so many people and displaced scores of families.

The report was also criticized by a leader of the Fire Brigades Union, who said the tower was “a death trap” before any firefighters ever arrived on the scene. He challenged the assertion that a faster evacuation would have saved lives and said it could have led to more deaths.

“We strongly refute the report’s assertion that it would have been possible or safe to evacuate more than 150 people via a narrow, smoke-logged stairwell with just 30 firefighters. There is no evidence to suggest that this was possible,” said Matt Wrack.