One Dead in Toronto High-Rise Fire

Fire on the seventh floor 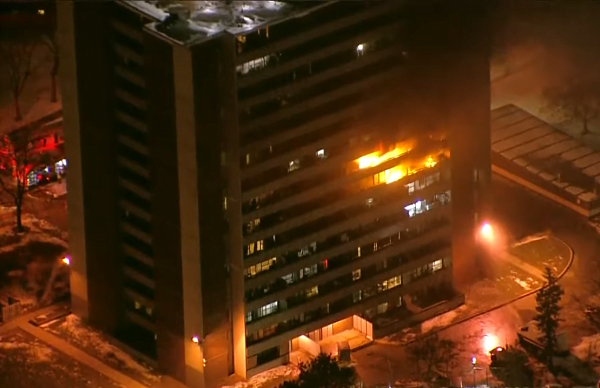 TORONTO – Six people were rescued from a burning high-rise apartment building in North York on Friday night according to CTV News.

Firefighters were called to building on Gosford Boulevard just after 5:30 p.m.

Video footage of the scene showed fire on two floors of the 15-story apartment building.

Toronto Fire Chief Matthew Pegg told CTV News that the fire began on the seventh floor of the building and had quickly spread to multiple floors. At the height of the five-alarm blaze, approximately 100 firefighters were on scene. READ MORE