Collapse in the area of the 13th and 14th floors 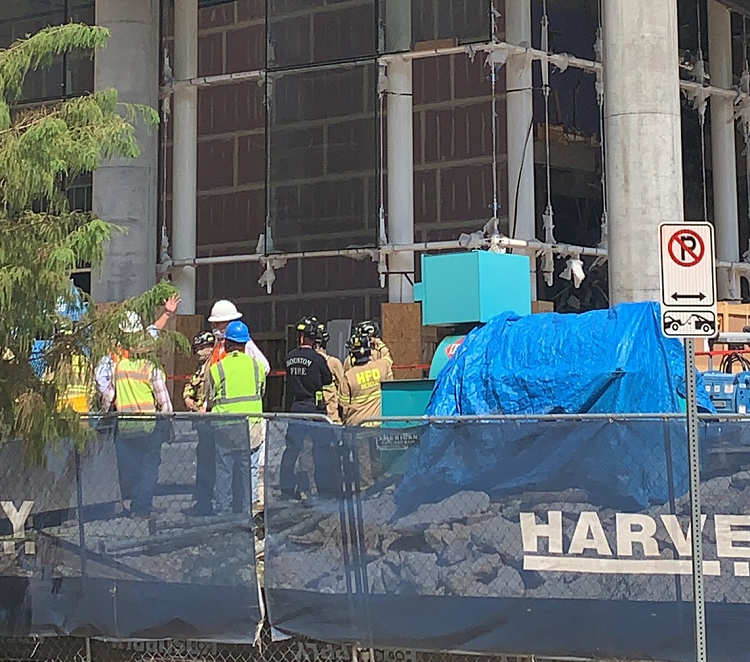 HOUSTON (AP) — Three workers were killed Monday when a stairwell collapsed inside a high-rise building under construction in Houston, according to fire department officials.

The fire department said one injured worker was taken to a hospital and was listed in stable condition.

Firefighters were waiting for engineers to confirm the building was stable enough for them to go in and recover the bodies of the workers, said Assistant Fire Chief Ruy Lozano. It could be several days before their bodies are recovered, he said.

@HoustonFire Dept. Technical Rescue Team is actively responding to a #buildingcollapse in West Houston. Three confirmed fatalities, one victim transported to nearby hospital in stable condition. HFD asks for thought and prayers for the victims and their family. @FireChiefofHFD pic.twitter.com/goGiZ4Fnso

Authorities were not concerned that the building itself was in danger of collapsing but were “worried about sections of that same stairwell that collapsed the first time,” Lozano told reporters during a news conference.

The stairwell was undergoing construction when it collapsed somewhere around the 13th or 14th floor at about 1:30 p.m. on Monday, Lozano said.

“The debris pile collapsed all the way down to the ground floor,” Lozano said.

The 15-story office building, located near Interstate 10 on the city’s westside, is set to be the new headquarters of Houston-based Marathon Oil. Employees were set to move into the building in the second half of 2021.

Marathon Oil did not immediately return an email seeking comment.

The building is located across the street from a series of multi-story apartment complexes and is also north of a popular shopping district that has retail stores and restaurants.

Authorities said 240 workers were at the construction site and all have been accounted for, Lozano said.

It was not immediately known what caused the partial building collapse. Houston police were investigating the cause of the collapse.

The names of the workers who were killed and injured were not being released until their families had been notified, Lozano said