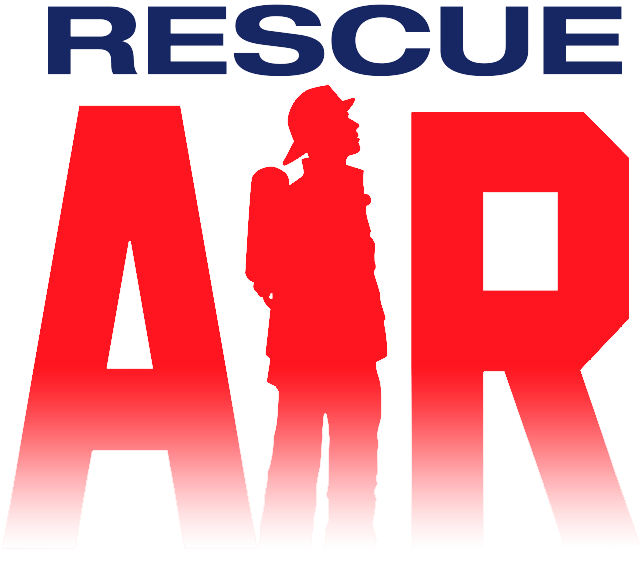 That was a term used to distinguish those firefighters who, through years of fighting fires, had hardened their lungs to the point of withstanding exposure to  thick nasty smoke. Ergo, “Leather Lungs.” I was in awe of these men when I joined the ranks of the FDNY in 1977. It was an interesting time. Because of civil unrest and arson-for-profit, the FDNY was battling hundreds of fires per day throughout the city, many of which were multiple alarms. It was also the period in which the Scott Air Pack, the self -contained breathing apparatus (SCBA), was being introduced to the department. Each unit throughout the department was issued at least two SCBAs and they were stored in boxes on the apparatus. Their purpose was to provide a lifesaving supply of air for those most difficult fires, which could involve sub-levels, vast areas that take you far from an exit or high-rise structures with large floor area distant from fresh air. As you would expect, because of habit and what had become routine, donning air packs was not the norm. The daily newspapers, to sensationalize the news, would often show photos of firefighters being administered oxygen on the sidewalks of New York. These men were tough. Only time would reveal their sacrifice. I remember it being an accepted fact within the fire service that our members would die on average some five years after they retired. That was considered the price to pay for the privilege of working in this profession and alongside men who epitomized true heroes.

Time and improvements to technology would help the fire service acquire equipment that was lighter in weight and less cumbersome, and provide a face piece with better vision. What would always be an issue was the duration of time the air in the bottle would last before being depleted. Upon my promotion to Lieutenant in 1987, I was assigned to Midtown Manhattan and ultimately 4 Truck in the heart of Times Square and the Theater District. The development of high-rise began in midtown early in the 20th century and continues today. Now in 2016, small patches of land are being developed into “pencil high-rise” apartment living, with either one or two apartments per floor. These structures will not only be some of the tallest residential structures built in the world, the apartments will be vast!  Search and rescue in these apartments will require extended periods of time.

Fires of significance in high-rises are not common and the experience is memorable. There were situations where I encountered smoke in a stairwell many floors below what was the (fire floor) location of the fire. Our team of firefighters would don our SCBA and begin to draw down on our air supply before even reaching the fire floor. As I stated, the issue is how long will that air supply last? Every individual will consume their air supply at a different rate, based upon many factors. Our average for what was considered a 30-minute bottle was about 15-20 minutes of operating time with 5 minutes for exit. In time, the FDNY issued bottles considered a 45-minute supply, increasing the work time to 25 minutes, again with a 5-minute exit.

Consider entering a floor area of a high-rise that could be the size of a football field. You don your SCBA just before entering the area and you are now performing a search for fire and the presence of life. The space is designed with a maze of aisles leading to office cubicles, individual office spaces, conference rooms, file storage rooms and pantries for coffee, snacks and lunch.  The clock is ticking as you move in with the purpose of covering as much of the area as possible without failing to recognize a person or a fire burning uncontrolled or concealed. You may only be half way into the space when your low air alert is beginning to sound! The reality is that it took 20 or 25 minutes to reach the point on the floor where you now stand.  How much time will it take to exit to fresh air? Your training and disciplines should have prepared you to deploy a search rope that would enable you and your team to follow it back to your exit in haste. Yes, a thermal image camera (TIC) can also assist, but electronic devices are not always reliable. As you reach the exit door to the stairwell, you find it is also full of smoke and the smoke has banked down to the floors below. You remove your SCBA face piece because you have depleted your air supply and you are still in a smoke-contaminated environment that is considered immediately dangerous to life and health (IDLH). The search you were performing has to be augmented by additional teams of personnel that also will be required to go on air, using more equipment that will have to be replenished. The resources of personnel and equipment required at high-rise operations are more prodigious over that of fires in structures of lesser form. Many teams of personnel are required just to transport SCBA air bottles to a staging area within the building to maintain support of the ongoing effort of the firefight and to search any and all spaces within an IDLH atmosphere. Smoke will infiltrate a high-rise building according to its stack effect, which is related to the natural movements of air flow particular to that building and seasonal temperatures. One can expect that the floors in proximity to the fire and the uppermost floors will be filled with smoke. That will require abundant stock and availability of freshly filled SCBA ready for replacement and action.

The fire departments of most cities other than those considered megalopolises will not have the resources of personnel to fully support every aspect of function and duties involved in producing the provisions of extra SCBA bottles. If buildings were equipped with a system of air support and replenishment to refill SCBA equipment, it would reduce the burden of logistics and physical demands made upon our personnel. It would maximize the efforts of the personal at hand to fulfill our duty to save lives and extinguish fire.

Built-in systems of air supply exist, but have been slow to materialize in most jurisdictions for the fact that corporate America, developers and the public do not fully understand their connection to the preservation to life and property. Building-installed firefighter air replenishment systems (FARS) are now in the 2015 International Fire Code under Appendix L. They allow firefighters to refill their SCBA inside a building at designated fill stations in under 2 minutes. The loss of one life is priceless but the savings to property loss can pay for these systems ten times over. In the meantime, our firefighters are operating in these dangerous and difficult arenas, and doing the best they can with the resources at hand. Still to this day, they will be subject to the limitations of air supply in the performance of their duties with the additional exigency of circumstance to locate firefighters who may become lost and disoriented in thick toxic smoke. In this day and age we do not and should not wish that our firefighters develop “Leather Lungs” to perform their duties.

Chief Gerald “Jerry” Tracy was a Battalion Chief (ret.) with the FDNY in the Borough of Queens, with more than 30 years of service. He is an adjunct instructor for their training academy having developed many training programs for firefighters, first line supervisors and chief officers. He has published articles in WNYF, FDNY’s training publication, and Fire Engineering magazine. He offers training programs for the fire service. In collaboration with NIST, Chief Tracy is involved in the most recent research being conducted on high-rise firefighting. He is a member of the NFPA Project Technical Panel that is reviewing “Firefighting Tactics under Wind Driven Conditions.” He is the recipient of the 2016 Tom Brennan Lifetime Achievement Award at FDIC

Search and rescue in these apartments will require extended periods of time.
