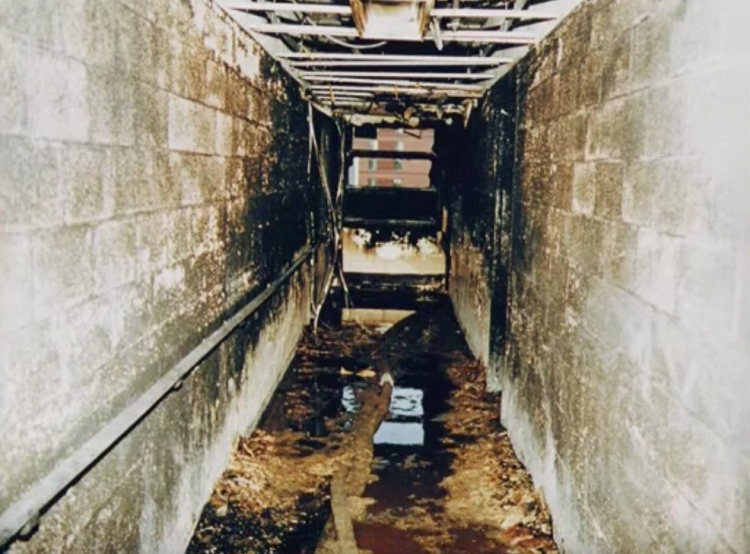 Three firefighters killed in a high-rise fire on this day

The fire had been burning for 20 to 30 minutes before it was called in because the resident attempted to put the fire out with small pans of water.

As the fire fighters approached the building from the rear, an orange glow was observed in the window of Apartment 10D. As the fire fighters were arriving in front of the high-rise, a call was received from Central Dispatch that a female resident in the apartment next door to the fire apartment was trapped in her apartment and needed help.

Engine Company 257 fire fighters, who were attempting to make a hook-up on the fire floor landing, experienced trouble with the heat, heavy smoke, and heavy insulation on the standpipe and were forced to abandon this hook-up. The Lieutenant on Engine 290 and the victims, who were on the B-side, were approaching the center smoke doors (see diagram), when the Lieutenant radioed his driver on the outside, and asked, “Where is the fire?” The driver radioed back, the fire is in the rear, towards exposure 4.

The victims proceeded through the center smoke doors in search of the fire.

From the information obtained during this investigation, it is believed the victims found the fire apartment, with the door partially opened, allowing smoke and hot gases to enter the hallway. They then opened the door fully, the wind pushed the fire and extreme heat in the apartment into the hallway, and a flashover occurred, exposing the victims to extreme radiant heat that potentially elevated their body core temperature.

NOTE: This building had sprinklers in the hallways, lobby, and basement, however, the valves on the first floor were closed, which shut off the water for the upper floors. NIOSH investigators concluded that to minimize similar occurrences, municipalities, city housing authorities, and building owners should:

Three firefighters killed in a high-rise fire on this day     NIOSH Fire Fighter Fatality Investigation and Prevention Program On December 18, 1998, several fire companies and fire fighters responded at 0454 hours to a reported fire on the tenth floor of a 10-story high-rise apartment building for the elderly. The fire had been […]
