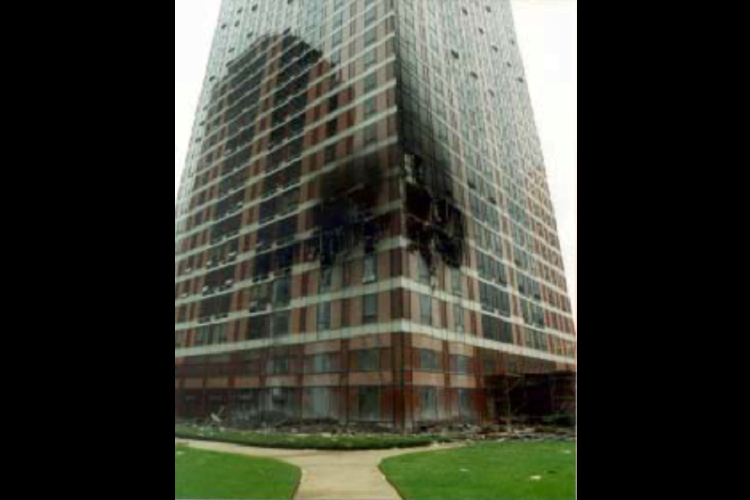 On October 13, 2001, a 40-year-old Captain (the victim) died and another Captain was injured while fighting a fifth floor high-rise apartment fire.

At 0448 hours, units were dispatched to a fire alarm. Units arrived on the scene at 0453 hours and reported heavy fire showing from the exterior of the building.

Rescue crews were sent to the fifth floor where the victim was located in the elevator common area.

The victim was transported to an area hospital where he was pronounced dead at 0615 hours.

NIOSH investigators concluded that, to minimize the risk of similar occurrences, fire departments should:

Remember the fallen with the lessons learned     NIOSH Fire Fighter Fatality Investigation and Prevention Program   On October 13, 2001, a 40-year-old Captain (the victim) died and another Captain was injured while fighting a fifth floor high-rise apartment fire. Read the Report: High-Rise Apartment Fire Claims the Life of One Career Fire Fighter […]
