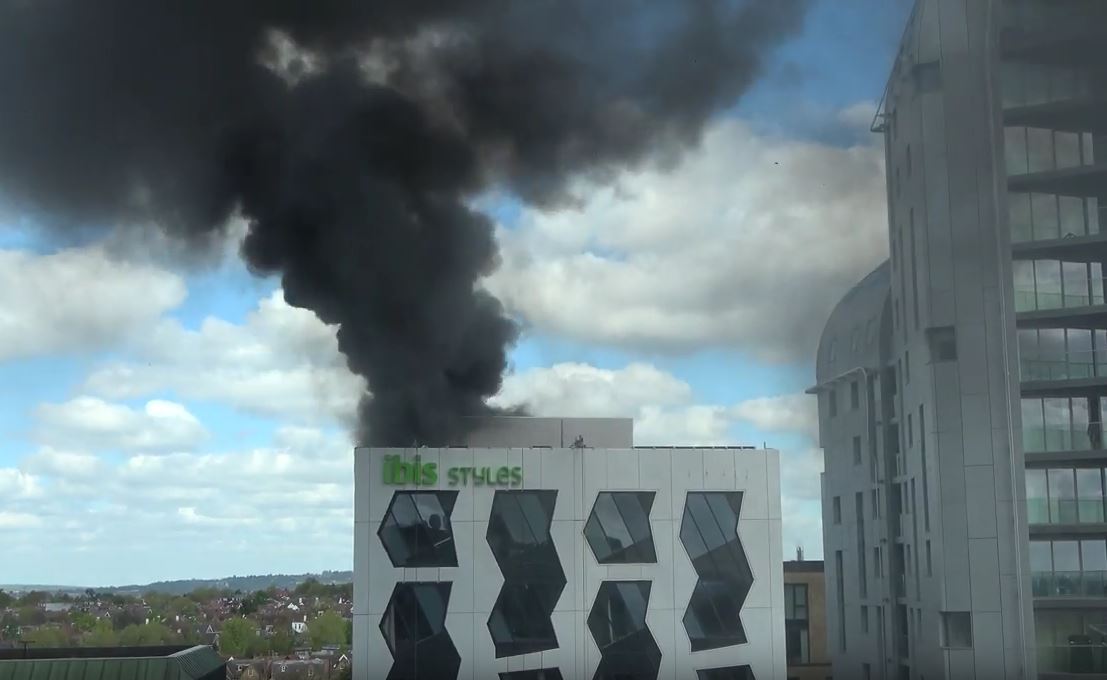 Fire on the roof of the Ibis Hotel 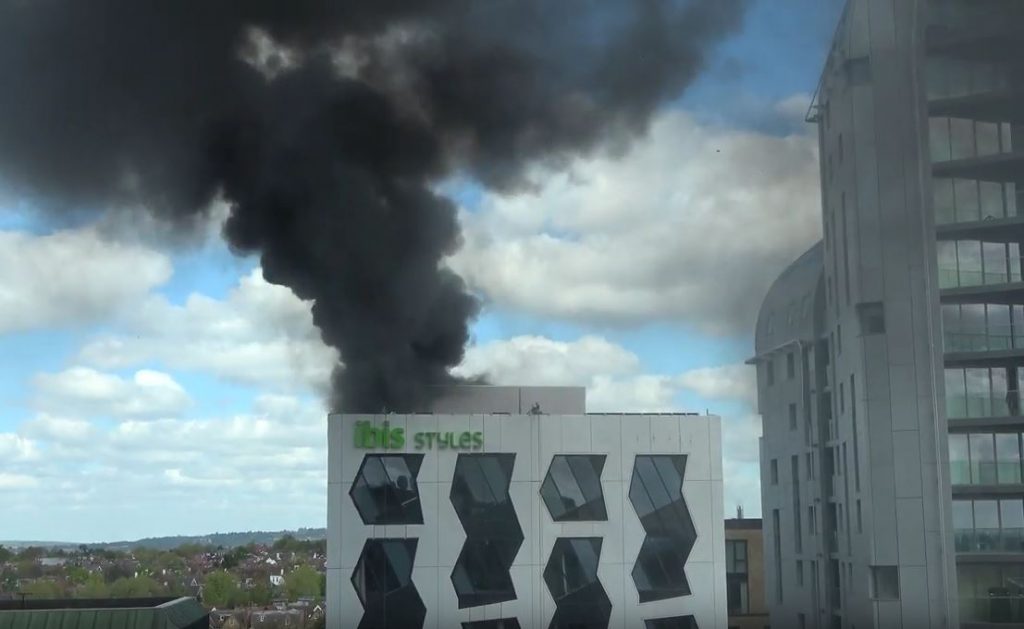 Urban Pictures UK – Exclusive footage of a fire breaking out at a new Ibis Hotel on Uxbridge Road in Ealing, London, UK on April 18.

According to reports, 72 firefighters were sent to tackle the blaze. No casualties were reported and the cause of the fire is as yet unknown.
For commercial use, please contact Urban Pictures UK.
Facebook: https://www.facebook.com/urbanpicturesuk
Twitter: https://twitter.com/Urban_Pictures
Blog: https://urbanpicturesuk.wordpress.com
Video filmed on Sony AX53 in 4K quality.

Fire on the roof of the Ibis Hotel
