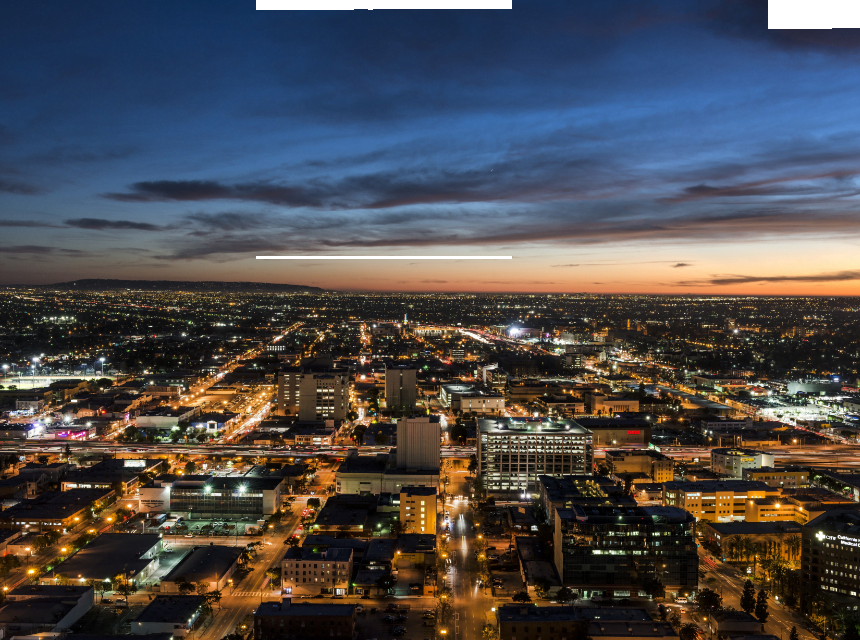 The Los Angeles City Council cleared the way on Wednesday for a cluster of new high-rises that would bring more than 700 homes to the edge of Echo Park and Chinatown, setting the stage for the first skyscraper to go up in that part of the city.

On a 12-0 vote, the council removed the final procedural hurdle facing the 1111 Sunset project, which would dramatically remake the area by adding two towers — one 49 stories, the other 30 — as well as a 17-story high-rise and some two- to four-story structures.

The project, planned by L.A.-based Palisades Capital Partners, could include a hotel, commercial space along Sunset Boulevard and 737 residential units. If the developer decides to drop the hotel concept, the project could grow to 827 units.

Councilman Gil Cedillo, who represents the area, was absent from the meeting. But he voted in favor of the project last week, calling it “transformational” when it was reviewed by the council’s planning committee.

Brian Falls, Palisades’ vice president of development, welcomed the council’s action, saying his company worked closely on the project with various unions, including those that represent carpenters and hotel workers. The developers also worked to ensure the project includes two acres of open space, with courtyards, gardens and views of the downtown skyline, he said.

“We are proud that so many local residents and businesses in the area support the project,” Falls said in a statement.

The project, first proposed in 2018, will not result in the demolition of existing residential units. Nevertheless, it has come under fire from renters’ rights advocates, who fear the project will spur nearby landlords to increase their rents.

Chinatown Community for Equitable Development, a neighborhood group devoted to fighting gentrification, criticized the developer for only setting aside 76 units within the complex — about 10% of the total — for low-income residents.

“We definitely view it as another mega-development that’s not community-serving,” said Patrick Chen, an organizer with the group. “What we need is affordable housing in large quantities, not market-rate housing.”

Chen’s group, which has come out against market-rate housing in Chinatown and other low-income communities, sent a letter last year warning that 1111 Sunset would “further the process of gentrification and displacement.” The organization also contends the towers will cast big shadows, affecting the ability of families and seniors to “stay physically and mentally healthy.”

Gentrification, rising rent and real estate development were major issues during Cedillo’s campaign for reelection. He lost to community activist Eunisses Hernandez, who called for increased tenant protections and promised to be “the biggest barrier” possible to market-rate housing. (Election results officially won’t be certified until Friday.)

Hernandez, who will be sworn in at the end of the year, said she does not know enough about 1111 Sunset to weigh in on the specifics. But she said she’s heard from neighborhood advocates who say the project does not meet the community’s needs.

“We’re in a moment where we really need to prioritize deeply, deeply affordable housing, and 10% is not enough in my eyes,” she said.

Wednesday’s vote was described as the last step in the project’s planning approval process. As a result, Hernandez would not have the power to intervene once she takes office.

Chen said he hopes Hernandez will, in the future, force other developers in the district to provide a greater share of affordable units in their projects. In recent years, his group has been fighting in court to overturn city approval of College Station, a 725-unit market-rate project planned near a Chinatown light rail station.

Chinatown Community for Equitable Development has also pushed for the council to purchase Hillside Villa, an apartment building in Chinatown where dozens of tenants have been facing steep rent increases.

The 1111 Sunset complex is planned in an area mostly occupied by buildings that are no taller than three stories. One exception is the Elysian, an eight-story residential building that once housed the Metropolitan Water District headquarters.

The city’s planning commission signed off on the environmental review for 1111 Sunset in February. On Wednesday, the council approved an ordinance allowing the developer to build on a small section of the property that, under city planning rules, had been off limits.

The 49-story tower is planned on that section of the site.

David Zahniser – Los Angeles Times The Los Angeles City Council cleared the way on Wednesday for a cluster of new high-rises that would bring more than 700 homes to the edge of Echo Park and Chinatown, setting the stage for the first skyscraper to go up in that part of the city. On a 12-0 vote, the council […]
