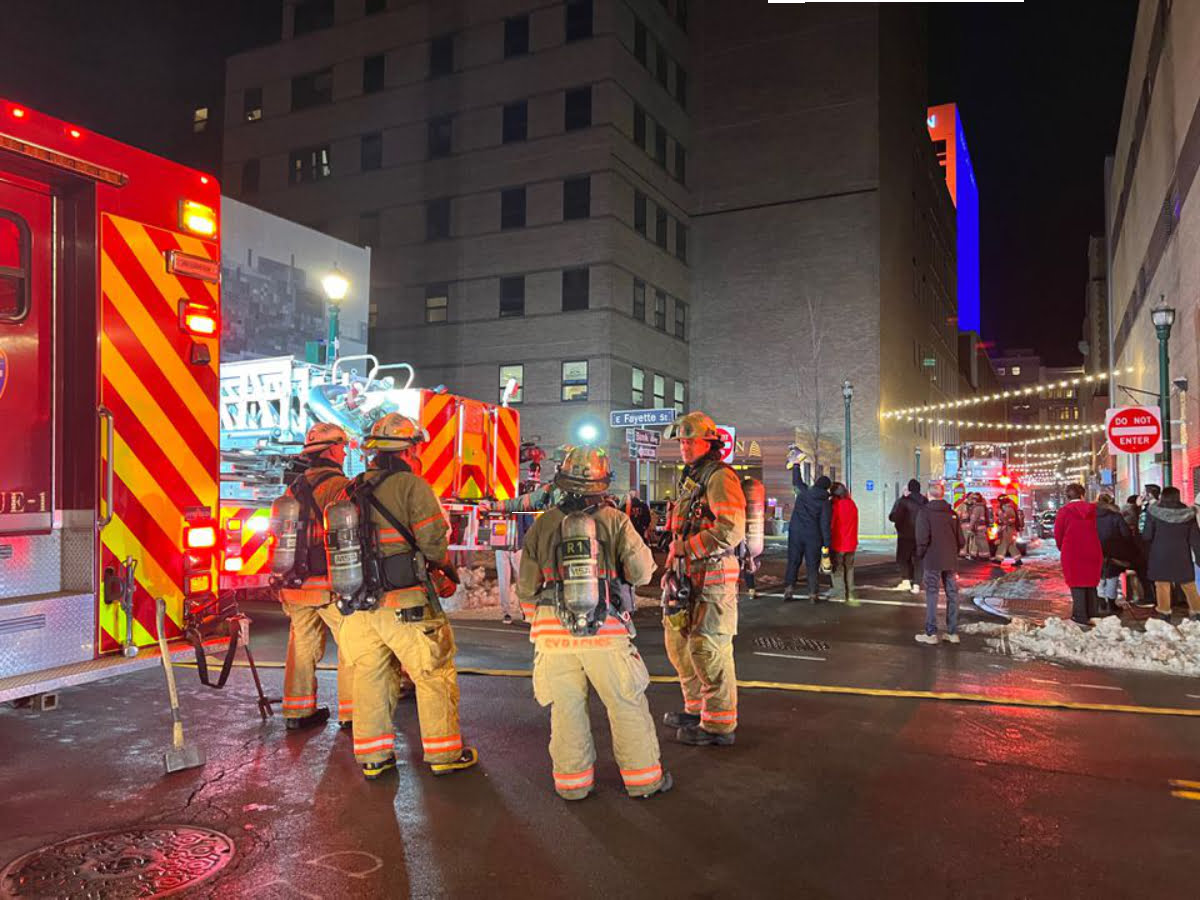 At 7:14 p.m. someone called 911 to report smoke in the building at 344 S. Warren St., Fire Chief Michael Monds said.
Firefighters arrived and found smoke on the ninth and 10th floors, Monds said. When they arrived the alarm and sprinklers started, he said.

Firefighters located a large fire on the 10th floor and started extinguishing it, he said. A total of 56 firefighters responded, he said.

The apartment where the fire started suffered heavy damage and the two apartments on either side of it had heat, smoke and water damage. The rest of the building could have water damage from water trickling down, he said.
The 10-story building has 89 apartments, plus office and retail space.

The fire was a challenge because the building has multiple entrances and was remodeled from commercial space to residential, he said. It isn’t as straightforward as a fire in a normal apartment complex, he said.
No one was injured and everyone was able to get out on their own, he said.

At one point water could be seen pouring out of an apartment window high up in the building
The initial 911 call was that a candle had fallen into a trash can and a fire had spread in one of the apartments, according to dispatches from the Onondaga County 911 Center. The official cause is under investigation, but residents reported a candle involved, Monds said.

Residents who evacuated the building were gathered outside. Some people had their pets – dogs, cats – with them outside. At about 8:30 p.m., the tenants were taken into a nearby garage and the lobby of the building.

Any resident looking for information should call the building management or meet them in the lobby, Monds said.

The building was vacant for years after its major tenant, the Excellus BlueCross BlueShield insurance company, moved to DeWitt in 2006. It reopened in 2017 after being redeveloped.