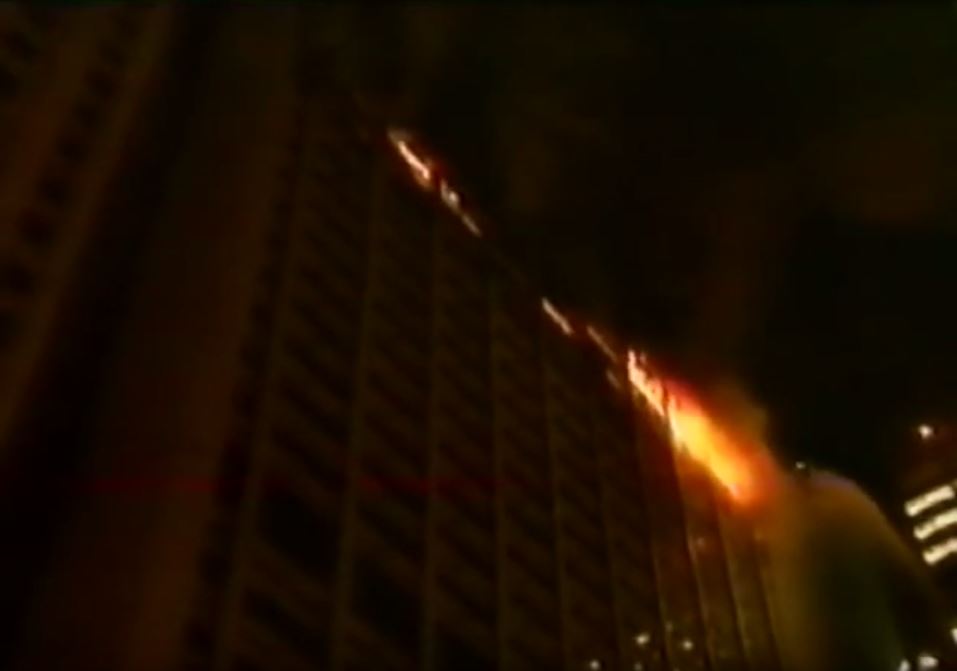 This report on the Philadelphia, Pennsylvania, One Meridian Plaza fire documents one of the most significant highrise  fires in United States’ history.  The fire claimed the lives of three Philadelphia firefighters and gutted eight floors of a 38-story fire-resistive building causing an estimated $100 million in direct property loss and an equal or greater loss through business interruption.  Litigation resulting from the fire amounts to an estimated $4 billion in civil damage claims.  Twenty months after the fire this building, one of Philadelphia’s tallest, situated on Penn Square directly across from City Hall, still stood unoccupied and fire-scarred, its structural integrity in question.

The fire claimed the lives of three Philadelphia firefighters
