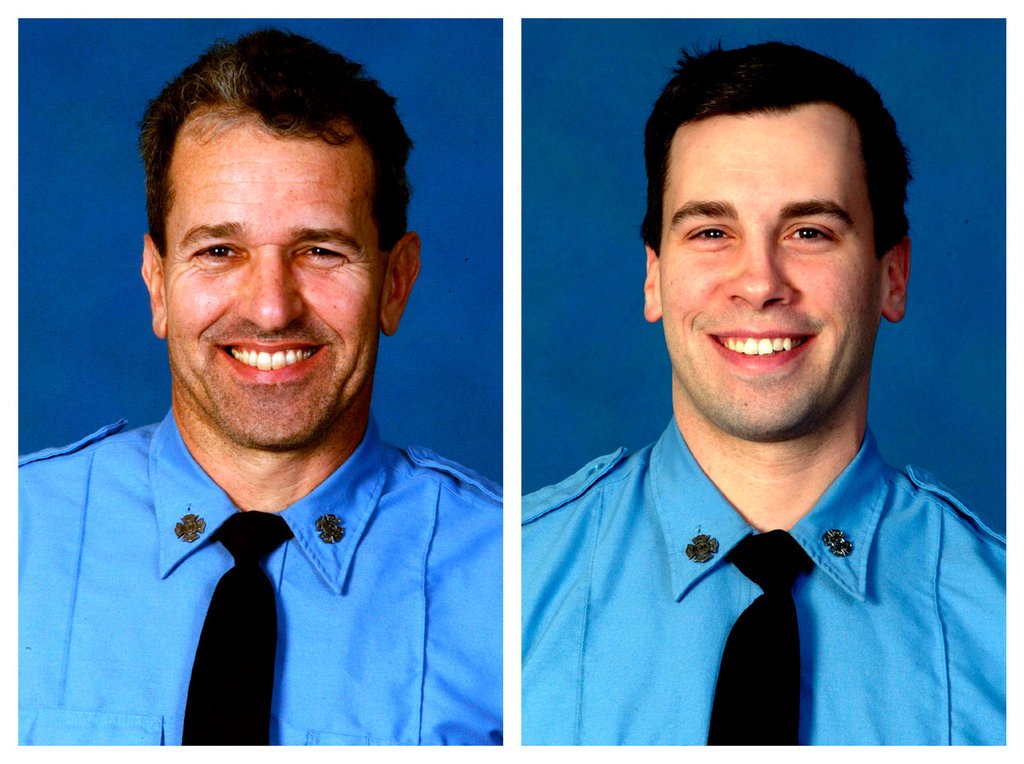 An hour into the incident, the fire department was able to supply water by running an external hoseline up the side of the structure. Soon after the victims began to operate their hoseline, they ran out of air. The victims suffered severe smoke inhalation and were transported to a metropolitan hospital in cardiac arrest where they succumbed to their injuries. By the time the fire was extinguished, 115 fire fighters had suffered a variety of injuries.

NIOSH has concluded that, to minimize the risk of similar occurrences, fire departments should:

Manufacturers, equipment designers, and researchers should:

The building's standpipe system had been disconnected during the deconstruction
