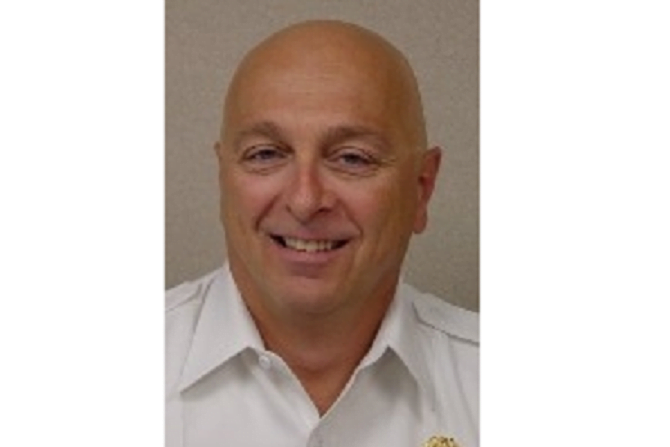 There is a great sense of accomplishment, and to some extent relief, when fire crews bring a hostile fire under control. For all practical purposes, the damage has been confined and the risks are greatly reduced. This does not mean that all the danger is gone or that the work is done. The next step of the job is known as overhaul and it begins the process of making sure that the fire is completely extinguished and that there will be no rekindle. Crews look for hidden fire and put out “hot spots.”

Overhaul can be defined as “those operations conducted once the main body of fire has been extinguished that consist of searching for and extinguishing hidden or remaining fire, placing the building and its contents in a safe condition, determining the cause of the fire, and recognizing and preserving evidence of arson.” (IFSTA Essentials, 5th Edition) This definition emphasizes the importance of this phase of the operation and gives some indication as to some of the remaining hazards facing firefighters. Those that let their guards down could be placing themselves at undo risk.

Whenever I found myself on the fire ground and the operations were transitioning to overhaul, I would remind all of the personnel on the scene that this was not a good time to get hurt (not that there is ever a good time!). The message was that since conditions were now under control, the real sense of urgency had passed. There was more time to exercise appropriate caution to minimize the chances that there would be any unnecessary injuries that were the result of haste, complacency, or carelessness. Safety must become the priority once overhaul begins.

Until recently my concerns during overhaul were for injuries that could occur. This could be slip-and-fall incidents, building components falling, glass hazards, nails, electrical charges (if it has not been disconnected), or anything else that could happen in a weakened structure. Further, the structure itself could be compromised, creating a collapse potential or the possibility of floor components that could fail under the weight of the firefighters and water added to the building load. I am almost embarrassed to say that I neglected to include the products of combustion as a hazard. Until recently, through ignorance, a macho attitude, or whatever, I did not think of the effect that the smoke could have on the long-term health of the firefighters.

We have learned so much lately. We now have a much better understanding of the health issues firefighters face when exposed to the products of combustion, even after we declare the fire under control. Those that continue to breathe toxic smoke or expose their skin to it increase their risk for future health issues, most notably cancer. As such, there needs to be continued protection so that the added exposure does not adversely affect those operating in the toxic environment. Firefighters need to continue to wear all of their protective clothing, including self-contained breathing apparatus (SCBA) until the environment can be made safe.

This sounds so much easier than it is in the real world. Once an operation is declared under control, firefighters instinctively want to remove their face pieces. They may also want to remove parts of their turnout gear like their hood and jackets. This is done for some relief from the heat and to get more comfortable as they plan the next phase of the operation. The work that remains could be the responsibility of the crews that have worked to bring the blaze under control. They will be tired even though they have a tremendous sense of accomplishment.

Firefighters who have worked through the extinguishment phase may have consumed the air in their SCBA or could be quite low. They need a refill but may not want to go through the effort to replenish if they are “just doing overhaul work.” This reflects some of the beliefs that the hazards present during overhaul are benign. If the firefighter is tired or just wants to finish the job, he or she may elect to keep working without the protection of their SCBA. It would take extra effort to leave the building in order to get to a supply of fresh air or change a cylinder. This would be especially true in high-rise buildings or large box stores. The mentality would be to complete the job quickly, even if there was a little discomfort from the products of combustion. The sooner overhaul is completed, the sooner the scene can be cleared and those operating units returned to their stations.

Fire departments have the tools to protect firefighters during overhaul operations. Organizations must have monitors to check the quality of the air. This has to be standard equipment. The rules of air management should continue to be in effect until the atmosphere is deemed safe. Jurisdictions should require safety features like Firefighter Air Replenishments Systems (FARS) in large structures to facilitate crews staying on mask for as long as is necessary. The atmosphere must be within limits before firefighters are allowed to work in the area without SCBA. Further, the rest of the protective ensemble must also be used. This would include protective hoods, coats, and gloves. Everyone should know that the hazards of smoke do not only affect the body through inhalation but also absorption through the skin.

The staffing levels of fire departments have an impact on overhaul operations. Organizations that are operating at bare minimum levels do not have the luxury of rotating personnel. Those who are operating on the scene may not have additional resources to call upon. Regardless, proper rehab must be initiated and personnel must not be over-tasked. If the incident is in the overhaul phase, then the sense of urgency is diminished and rest/rehab periods can be established. This is also the time to request additional resources through mutual aid or callback of off duty personnel. The stress and strain of working beyond normal periods without proper rehab can lead to injuries or worse.

Incident commanders and officers must exhibit leadership within their organization to instill the need for safe operations during overhaul. This is absolutely essential. This will be challenging as many of the people in leadership positions operated in these situations without proper protection, as that was the culture and methodology of the service. Change is needed and is in the best interest of everyone – from the chief to the newest probationary employee. There is nothing wrong with improving the safety of every firefighter by taking the necessary precautions to minimize risks during overhaul. We all have the responsibility to do the right thing to prevent harm to firefighters.

Chief Richard Marinucci has over 39 years of experience in the fire service. He served 32 years as the Fire Chief of two fire departments. He currently serves as the Executive Director of the Fire Department Safety Officers Association. Chief Marinucci is a Past President of the International Association of Fire Chiefs and served as Acting Chief Operating Officer of the U.S. Fire Administration while serving as Senior Advisor to the Federal Emergency Management Agency Director. He has lectured across the United States and in Canada, Japan, and Europe. He currently is on the faculty for Eastern Michigan University School of Staff and Command. Chief Marinucci has authored the Fire Chief’s Guide to Administration and Management, was the Editor of the 7th Edition of the Fire Chief’s Handbook, and is a regular columnist for Fire Engineering and Fire Apparatus magazines. He was the national program manager for the Everyone Goes Home program of the National Fallen Firefighters Foundation from 2008 – 2011. Chief Marinucci served as Chairman of the first Commission of Professional Credentialing and was one of the first 15 Chief Fire Officers to be designated in 2000.  He was awarded the Ronny Jack Coleman Leadership Legacy Award from the Center for Public Safety Excellence in 2013. He has earned a Master of Science degree from Eastern Michigan University and Bachelor of Science degrees from Western Michigan University, Madonna University, and the University of Cincinnati.

They need a refill but may not want to go through the effort to replenish if they are "just doing overhaul work.”
