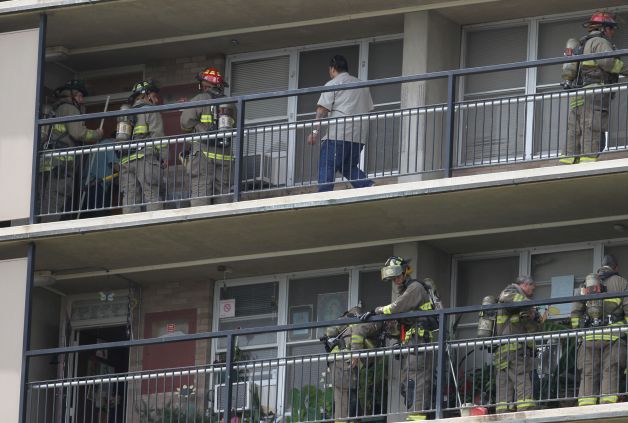 Two floors of a high-rise apartment complex downtown were evacuated Thursday afternoon when a fire broke out in a seventh story residence.

No one was in the apartment at the time, and a neighbor reported it, he said. It was mostly contained to the bathroom, but caused the seventh and eighth floors to be briefly evacuated.

Hood said an estimate on how much damage was caused was not available but the apartment where the fire started, possibly by a candle, will likely be uninhabitable tonight.

No one was injured.

Two floors of a high-rise apartment complex downtown were evacuated Thursday afternoon when a fire broke out in a seventh story residence.
