Stretching from the Street
 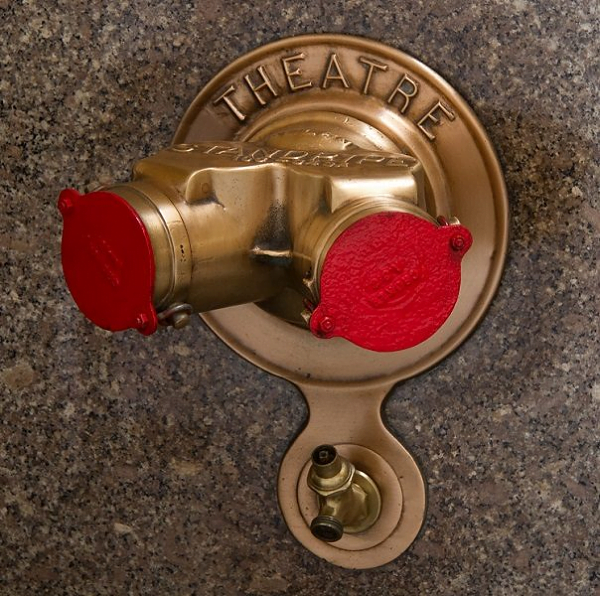 There are multiple reasons why, in some situations, it is better to stretch from the street rather than use the standpipe system

Almost every standpipe training program will train firefighters to expect failure when operating from a standpipe system. Whether it is something as simple as a missing or broken control wheel, an improperly set pressure reducing valve, open outlets in a dry system, or a complete failure of the system, firefighters are trained to always expect some sort of complication of the operation when operating from a standpipe system.

One situation where you should almost always stretch the hoseline from the street rather than operate it from the building’s standpipe system is when the fire is located at grade level, on a lower level floor of the building, or on a belowgrade floor level. In these situations, you will gain more benefit from maintaining “positive control” over the operation than by using the standpipe system to reduce the length of the hose stretch, especially when the fire is located at grade level. Lower-floor level fires are defined differently from department to department, but as a rule of thumb, fires on the first, second, and third floors typically fall into this category. Maintaining complete control over the operation for fires on these lower floors of the building typically will provide more benefit than the standpipe system; this is especially true when the stairwell you will use as the attack stairwell has an exterior access point or is located close to the doorway through which the hoseline will enter. However, this reduces the amount of additional hoseline you will need to stretch from the street.

Also consider stretching from the street when the fire attack stairwell has an exterior access AND a well-hole (the space in between the sections of stairs in the stairwell) or when the stairwell is “clean” (free of smoke and fire). In this situation—even for a fire above what has been identified as the lower level floor—consider stretching from the street to maintain positive control of the operation by using a small amount of additional hose. If there is very little setback between the apparatus and the exterior access of the attack stairwell and if the apparatus does not possess a dead load hoseline long enough to perform the stretch, a few additional lengths of hoseline and the firefighters’ high-rise hose packs can create an improvised standpipe by performing a well-hole stretch to the floor below the fire floor. Tie off the hoseline on the floor below the fire and connect the high-rise hose packs to the hoseline as if it were a standpipe system outlet valve.

For example, consider a 10-story center hallway apartment building with an enclosed stairwell that contains a well-hole on each end of the hallway, and each stairwell has an exterior access with a setback of 15 feet from the street. The fire department then responds for a fire on the 9th floor and decides to stretch from the street and perform an improvised standpipe operation using the stairwell’s well-hole rather the building’s standpipe system. The firefighters can carry the same amount of hose up the stairs in their high-rise hose packs as if they are going to connect to the building’s standpipe system. The only additional hoseline needed will be what that which is required to travel the distance of the setback and ascend the stairwell through the well-hole to the floor below the fire (in this case, the 8th floor). The amount of hoseline firefighters need will depend on the height of the building’s floors. If you estimated that each floor is 15 feet high, the amount of hose needed to reach the 8th floor would be 120 feet. Add 15 feet for the setback between the stairwell and the pumper, and the total is now 135 feet of hose. You can maintain positive control of this operation by stretching an additional three lengths of hoseline from the pumper.

If the apparatus possesses a dead load hoseline long enough to accommodate the stretch, perform a well hole stretch with the hoseline. Perform this same stretch from the street operation when the stairwell has a window. In this case, the firefighters can ascend the stairwell with their standpipe kit, high-rise hose packs, and a utility rope. Once on the floor below the fire, they can open the window and drop the utility rope to the street below, where the pump operator can then tie off the uncharged hoseline in preparation for the hoseline to be raised up the face of the building. The firefighters on the floor below the fire can then raise the hoseline up the face of the building and into the stairwell through the window. They then will tie off the hoseline to ensure that it remains in place. Once the hoseline is secure, the firefighters then connect their high-rise hose packs to the hoseline. The benefit of stretching from the street in either of these situations and maintaining positive control is that the age, condition, maintenance, and presence of a pressure reducing device on the standpipe system are no longer factors in the operation.

ANTHONY ROWETT JR. is a captain with the Mobile (AL) Fire Rescue Department. He previously was a volunteer firefighter with theOgdensburg (NJ) Fire Department. He has an associate degree in fire science technology from County College of Morris (NJ), a bachelor’s degree in fire science, and a master’s degree in emergency services management from Columbia Southern University. He has been published in Fire Engineering and FireRescue magazines.

There are multiple reasons why, in some situations, it is better to stretch from the street rather than use the standpipe system     By Anthony Rowett Jr. | Fire Engineering When the topic of operating in a standpipe-equipped building arises, the discussion always seems to shift to the standpipe system and the tactics that […]
