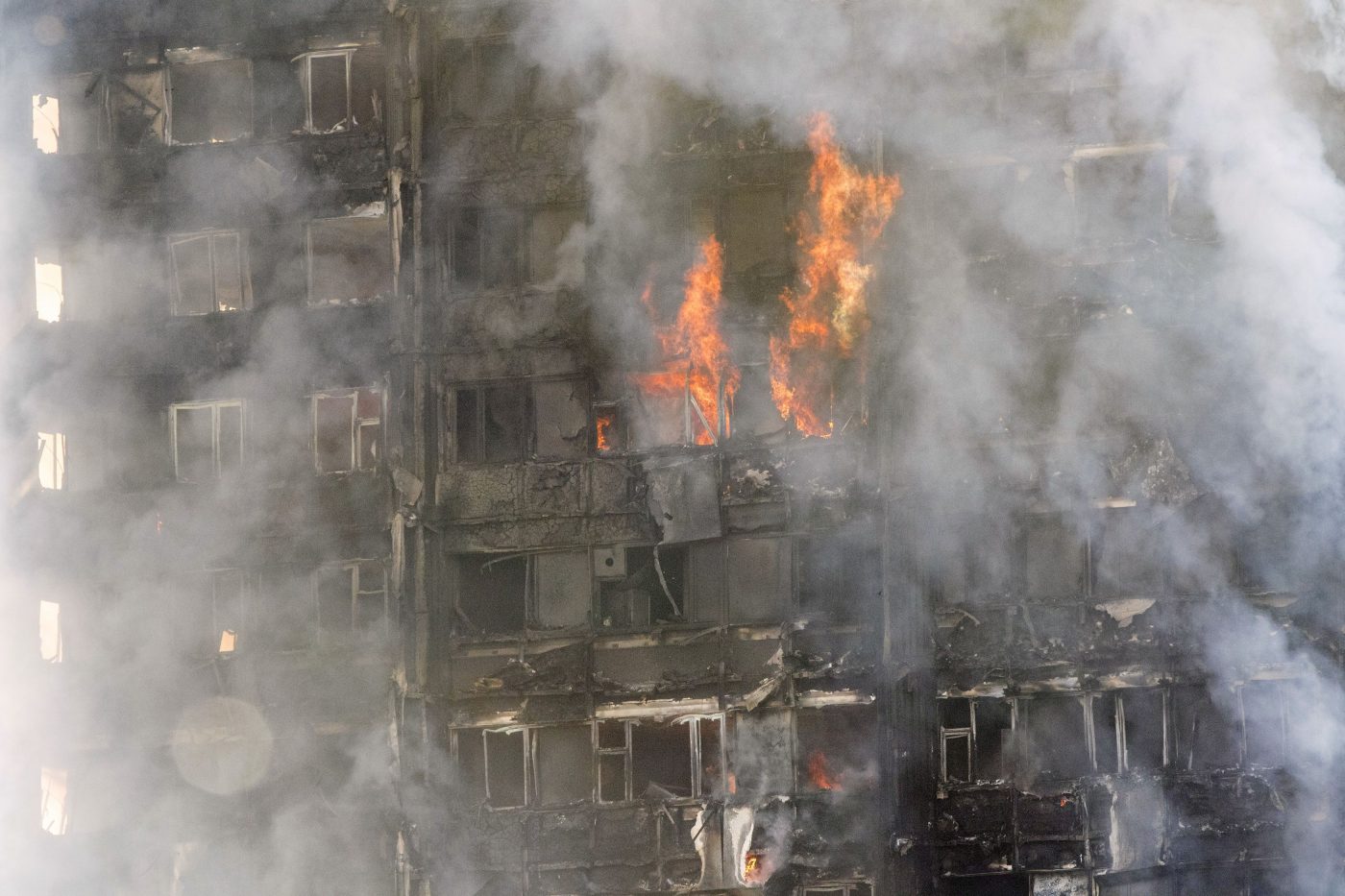 Investigation begins with understanding the victims 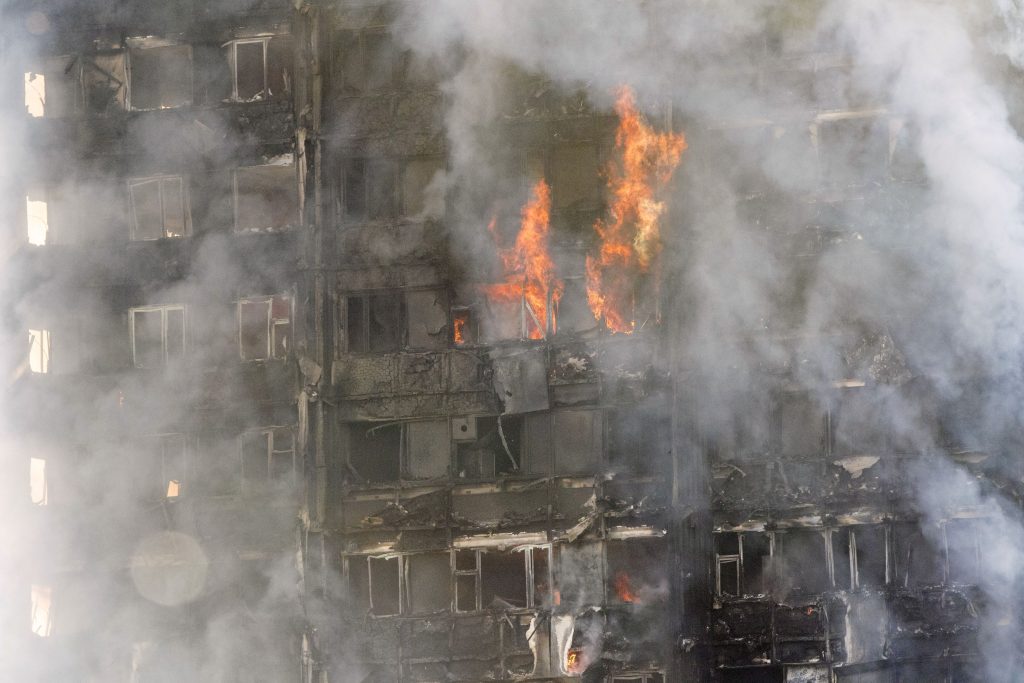 LONDON (AP) — Ahmed Elgwahry stood outside Grenfell Tower with a phone to his ear and listened as his mother and sister died in the inferno that swept through the west London high-rise nearly a year ago.

Elgwahry had raced across town after his sister Mariem, 27, called to tell him about the fire. But as soon as he arrived at the tower he knew that running inside would be suicide, so he called back and kept the line open, trying to comfort Mariem and their mother, Eslah, 64.

“She started fading away from me rather rapidly, but she kept going all the way until she was no longer audible. She started to mumble, started banging the floor, and then finally (was) no longer responsive,” Elgwahry said of his sister. “It was at this point I presumed I lost my mum at the same time. But then about 20 seconds later, for the first time that early morning, I heard my mum’s voice. She was struggling for breath and said her last words: ‘I can’t breathe, I can’t breathe.'”

And then, he heard the crackle of the fire.

Elgwahry’s account of what happened on June 14 was just one of the stories that gripped London over the past two weeks as friends and family members of the 72 victims of the Grenfell Tower inferno offered tributes during the first phase of a public inquiry. The inquiry, chaired by retired judge Martin Moore-Bick, seeks to establish the facts about what led up to the fire and make recommendations to prevent similar tragedies.

Survivors were adamant that the investigation start with an understanding of who the victims were and that the pain suffered by loved ones be part of the report that will eventually be delivered to the prime minister. Moore-Bick agreed.

“It is only right that this inquiry starts not with the study of combustible materials, fire spread and the building regulations — that will come soon enough —but with the individual human voices and faces of this tragedy,” he said as the hearings began.

For those who lived in and around Grenfell Tower, a public housing block in the Royal Borough of Kensington and Chelsea, keeping the victims at the heart of the inquiry is more than an exercise in public mourning. It is a way to ensure that the panel addresses criticism that the divide between rich and poor contributed to the disaster in one of London’s wealthiest areas.

Karim Mussilhy captured the distress of Grenfell survivors when he told of seeing the smudged fingerprints of children and adults on the walls of the building’s single narrow staircase when he was allowed to visit the top-floor apartment where his uncle Hesham Rahman died.

“I will never be able to get that picture of the staircase out of my head,” Mussilhy told the inquiry. “The total blackness of the walls and melted light fixtures giving me an insight into the terror the survivors must have felt that night and the helplessness, the helplessness of the loved ones we lost.”

“So I ask you all here and everyone watching, when you go home tonight, hug your loved ones. Cherish every moment with them. Because until those in power listen and make changes to a system that fails, until then, only God knows how many homes are safe in this country.”

Criticism has focused on the local government council for failing to heed warnings about fire safety, the building’s manager for retrofitting the exterior with flammable insulation and a cladding system, and government officials for failing to implement safety recommendations for high-rise apartment blocks made after previous fires.

During the personal tributes, that criticism extended to fire authorities who told people to remain in their apartments even as flames engulfed the building and made escape impossible.

Paulos Tekle, who lost his 5-year-old son, Isaac, said he called the fire brigade after panicking neighbors told him flames were climbing up the outside of the building, but he was told to stay inside his 18th-floor apartment. He called again and again, but every time the message for him, his wife and two children was the same.

It wasn’t until 2:15 a.m., 81 minutes after firefighters received the first call, that the family was told to leave.

As the family made their way out of the building with neighbors, Isaac slipped away from the group.

“Why we were kept inside for so long?” Tekle asked. “I want answers. If I had not listened to the fire brigade my son would have likely been alive today.”

Marcio Gomes told the inquiry that his son, Logan, died when he was born two months prematurely after his wife was left in a coma. Andreia Gomes has recovered. Both sobbed as Marcio displayed an ultrasound image of their son.

“I held my son in my arms that evening hoping it was all a bad dream, wishing, praying for any kind of miracle, that he would just open his eyes, move, make a sound,” he said. “But as we know, that never happened.”

There was also the pain of those who had little to bury, like Elgwahry. The coroner recovered only fragments of the bodies of his mother and sister, which were pieced back together “bone for bone, as if they were dinosaurs.”

He said believed his sister could have made it out of the tower that night, but would not leave their mother.

“The truth is, Mariem could have disconnected that call. But I’m forever grateful knowing that I was with her all the way and that I know she was with my mum,” Elgwahry said. “Even though I was not in that room with them, I felt as close as I could have been. Once again, she was thinking about others. We were all together, until that last breath.”

Investigation begins with understanding the victims     By DANICA KIRKA, Associated Press LONDON (AP) — Ahmed Elgwahry stood outside Grenfell Tower with a phone to his ear and listened as his mother and sister died in the inferno that swept through the west London high-rise nearly a year ago. Elgwahry had raced across town […]
