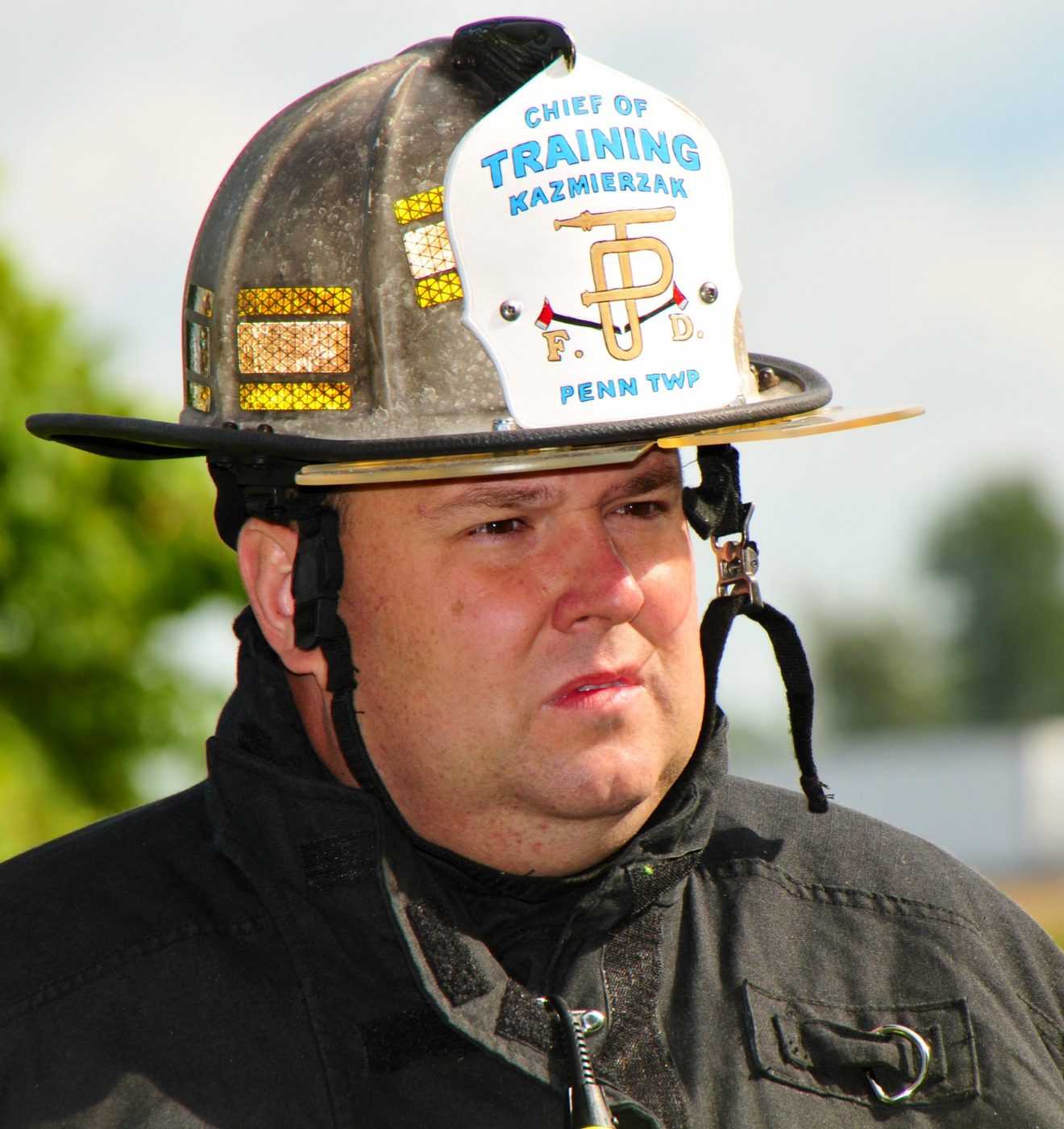 I recently returned from a couple days in Oakland, CA after attending the National Fallen Firefighters (NFFF) Technology Summit.  This is the second time I have attended an NFFF technology event, having attended in 2014 as well.  It combined some of my favorite things – firefighting, research, and technology. At the conference, we looked at all different types of technologies, from radios to incident command to training to a great research presentation to NFPA.  We also heard about something that was totally new to me, building-installed Firefighter Air Replenishment Systems (FARS).

When we look at today’s fire service, technology truly is all around us — our apparatus has multiplexed electrical systems, fire pumps have digital controllers and electronic valves, and our turnout gear and SCBA have been improved due to research and technology.  We have accountability systems now that allow an Incident Commander to activate a crew’s PASS device at the push of a button and digital command boards or tablets instead of the old pen and paper.  Some of this technology is great and has truly made us better firefighters, and some of the technology is bad, such as the original 800 radios that caused us all kinds of communication problems when they first came out.  And some of this technology is controversial, such as the research using technology to monitor heat flux and heat release rates, terms we were never taught in recruit school, to help us understand our tactics and develop new ones.

As a fire service, we have to learn to embrace technology while still being wary of first generation technology, especially when it is used in the hazard zone and isn’t proven.  We also have to understand the history of technology and realize the tactics we employ today are due to advancements in turnout gear and SCBA that came as a direct result of NASA and the United States Space Program.

In the modern fire environment, we face shorter ignition-to-flashover times than ever before, higher heat release rates and heat flux, and structures that are built from saw dust and glue instead of dimensional lumber.  A few weeks ago in Canada, the tallest wooden high-rise was completed using mostly laminated lumber as the construction material.  Our built-and-furnish environments have changed.  We don’t see rooms full of natural products anymore. Now we see rooms full of plastics and synthetics, which are essentially “solid gasoline” that burn in an instant.

During basic fire safety education, we talk about the fire triangle. The fire triangle consists of the three items you need in order to have combustion: air/oxygen, fuel and heat.  Without any one of these three items, you don’t have fire.  The fire triangle can be easily adapted to the fireground as well.  If we remove the air through door control and flow path management, remove the heat through good tactical water application, or remove the fuel – something we don’t get to do very often unless you are at an academy using one of those nifty propane Christmas trees — the fire goes out.

As we should know by now, all tactics are staffing-dependent.  We want to show up on the fireground with enough people to do simultaneous tactics, not sequential tactics.  I want to be able to establish command, size-up, stretch a hose line, make a hydrant, throw ladders, attack the fire, search and ventilate all at the same time or at least in close order.  If we don’t have the people to do simultaneous tactics, then our fire scenes don’t go nearly as well.  It takes staffing to extinguish the fire.

Additionally, we all know that without water our incidents don’t go very well.  Just look at a fire where we end up on a bad hydrant, or don’t have a sustained water supply, such as in rural areas.  Without a proper water supply the fire continues to grow.  I have found that we don’t properly understand our hose and nozzles and honestly do not know how much we flow!  Hose, friction loss and nozzle selection ALL matter because it’s the gallons of water per minute (if not per second) that we area able to flow that makes a difference on the modern fireground.

The last part of the Firefighters Fire Triangle is air. Just like fire, human beings cannot survive without air.  For air on the fireground, we rely on our SCBA.  We know from the writings and teachings of the “Seattle Guys” that we must abide by the Rule of Air Management (ROAM):

Know how much air you have in your SCBA and manage that air so you can leave the hazardous environment before your SCBA low-air warning bell begins to ring.

With the newest NFPA 1981 requirements that moved the bell time up from 25% to 33%, ROAM is more important than ever.  One of the ways technology has helped with ROAM is by having air standpipe systems installed in large buildings and mid- and high-rises.  These are called Firefighter Air Replenishment Systems (FARS).  Up until my attendance at the NFFF conference, this was something I was not very familiar with.  But after a presentation by Mike Gagliano and Mario Trevino, I am much more in tune with these systems and honestly a true believer.  These FARS systems put the air where firefighters need it, when they need it and ensure their operations will not be delayed due to lack of air supply.  The initial arriving crews can continue the firefight and resupply without taking off their SCBAs or being exposed to smoke.  Through the installed cascade system and piping/fill stations in the stairwells, work cycles are optimized and allow incident commanders time to get relief crews to fire floors. With FARS, firefighters can refill their SCBA under full respiration in under 2 minutes, greatly simplifying the logistics of delivering replacement air and increasing the speed and efficiency of air delivery.  FARS is another technology that we can learn about and use in our fireground operations.  I encourage you to learn about FARS and how it will make your ROAM successful in your large buildings fires of the future.

In closing, as a fire service, we need to embrace technology, especially in ways that it relates to our operations in the modern fire environment.  The built-and-furnish environments we work in have changed. We have to understand both the fire triangle and the Firefighters Fire Triangle and use technology to overcome these changing environments.

Brian P. Kazmierzak, EFO, CTO is the Chief of Training for the Penn Twp. Fire Dept. in Mishawaka, IN. He has a bachelor’s degree in fire service administration from Southern Illinois University and serves as the Director of Operations for www.FireFighterCloseCalls.com and the Webmaster for www.ModernFireBehavior.com. Brian was the recipient of the 2006 F.O.O.L.S. International Dana Hannon Instructor of the Year Award, the 2008 Indiana Fire Chiefs Training Officer of the Year Award Recipient and the 2011 ISFSI/FDIC George D. Post Fire Instructor of the Year. In addition, Brian completed the National Fire Academy’s Executive Fire Officer Program in 2006, and is a CPSE credentialed Chief Training Officer serves as a 2nd Vice President for the ISFSI and was on the UL FSRI PPV Research Study Panel.  Brian has been a student of the fire service since 1991.

Brian P. Kazmierzak, EFO, CTO I recently returned from a couple days in Oakland, CA after attending the National Fallen Firefighters (NFFF) Technology Summit.  This is the second time I have attended an NFFF technology event, having attended in 2014 as well.  It combined some of my favorite things – firefighting, research, and technology. At […]
