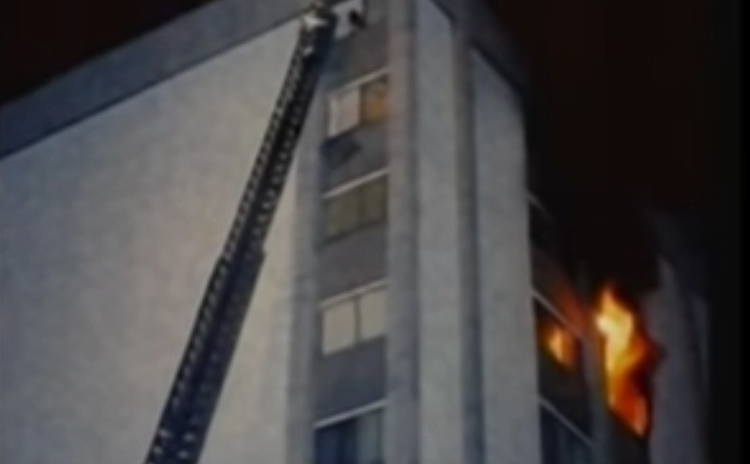 A line of duty death anniversary

MEMPHIS, Tennessee – On April 11, 1994, at 0205 hours, a call was placed to the Memphis Fire Department from the security service for a high-rise apartment building in Memphis, reporting a possible fire on the ninth floor.

All five fire fighters used the lobby elevator and proceeded to the ninth floor (lobby command radioed Fire Fighter No. 1 that smoke was showing from a ninth floor window).

When the doors of the elevator opened on the ninth floor, the hall was filled with thick black smoke. Fire Fighters No. 1, No. 2, No. 4, and No. 5 stepped off the elevator. Fire Fighter No. 3, who was carrying the hotel pack (two 50-foot lengths of hose) was still on the elevator, holding the door open with his foot,as he struggled to don his self-contained breathing apparatus (SCBA).

A line of duty death anniversary     HighRise Ops Staff MEMPHIS, Tennessee – On April 11, 1994, at 0205 hours, a call was placed to the Memphis Fire Department from the security service for a high-rise apartment building in Memphis, reporting a possible fire on the ninth floor. Engine Company 7 and Snorkel 13 […]
