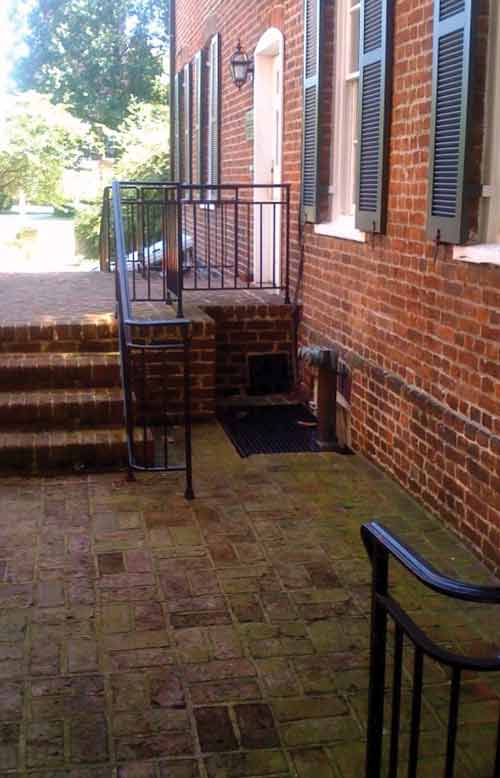 Upon arrival at any structure fire, crews must not only locate the FDC, they must also determine how they will use it. Photo Craig Jackson

Buildings are equipped with fire protection systems for many reasons. Normally, owners/developers install them to meet building codes requiring developers to design buildings so that combating a fire inside is more manageable.

Most fire protection systems are water-based, whether sprinkler or standpipe, and they work best when fire departments operate effectively in conjunction with them. With that in mind, one of the most important things fire departments can do on the fireground is locate and connect to the fire department connection(s) (FDC) immediately upon arrival.

Before You Begin
Prior to using any FDC, firefighters must understand what the sprinkler and/or standpipe system is designed to protect against: a fire starting inside the building, or an exterior fire exposing the building? And will the system extinguish the fire or simply control it while firefighters complete extinguishment?

To answer these questions, fire departments must be familiar with standards and recommended practices that apply to their operations. In the case of sprinklers and standpipe systems, firefighters must be familiar with NFPA 13E: “Recommended Practice for Fire Department Operations in Properties Protected by Sprinkler and Standpipe Systems” (2005 edition).

This document covers a number of key points, the first being that there are numerous ways that sprinkler performance can be inhibited, such as:

Once you’ve studied up on your standards, ensure that the threads on your area’s FDCs are compatible with the threads on your hoselines. Although almost every building in a given area may have the correct threads, there may be an oddball building, or one that’s much older, that has a different thread than the rest of the area.

Issues such as these are best identified and addressed prior to an incident occurring at the protected property via proper preplan inspections. Inspections will allow fire crews to discover the locations of valves, how they operate, their required fire flow, their department’s ability to provide that flow and the maximum occupancy the sprinkler system is designed to protect.

Inspections must also confirm that there haven’t been any changes made that threaten the system’s design.

Important: Firefighters must train on sprinklers and fire protection systems before conducting inspections so they understand the differences between systems designed for commercial and residential occupancies.

At the Scene
Upon arrival, first locate the FDCs. Some are hidden in unusual locations or are covered by overgrown bushes.

Second, determine what the given FDC supplies. Some FDCs supply sprinklers, some supply standpipes, and some supply both. Tip: Don’t rely on FDC signage unless it’s been confirmed accurate. In 1986, during the Alexis Nihon Plaza Fire in Canada, the signs on the involved high-rise’s FDCs were reversed. As a result, an inadequate water supply was given to the standpipes on the upper floors, while sprinklers on the lower floors were overpressured. This caused pipes to break, which led to significant water damage to floors not involved in the fire.

Finally, the fire protection system, and therefore the FDC, is useless if there’s no water. I’m aware of several buildings in my response area that have a sprinkler system but no public water. The developer felt that having sprinklers, even without a water supply, was better than not having them at all. So to supply water to the system, tanker/tenders must pump the FDC. Dry standpipes won’t supply water until they’re pumped, so it’s imperative that FDCs be supported promptly upon arrival.

Hooking Up
FDCs come in various shapes and sizes. Many have dual inlets that measure 2½ or 3 inches in diameter, while many newer FDCs have a single 4″ or 5″ quarter-turn (Storz) connection. Some smaller systems have a single 2½” or 3″ connection.

You’ll need to add pressure for multi-story buildings when supplying sprinklers or standpipes to upper floors. Most systems aren’t designed to operate at pressures greater than 200 psi, and hoselines and pumps may also have pressure limitations.

This FDC is on side C of a historic building and may not be easy to find unless it's been preplanned. Photo Greg Jakubowski

1) Avoid using or drafting from non-potable water sources to supply sprinklers connected to potable sources, except in the most critical of situations. If appropriate backflow preventers aren’t in place, you run the risk of contaminating the potable water supply from the higher pressures developed by fire department pumpers.

2) Use care when taking supply from water mains that are also supplying sprinklers. Taking supply from these mains isn’t a big deal as long as the sprinkler FDC is being adequately pumped; however, only by checking the system design will you fully understand what additional flow can be diverted from the sprinklers to the hose streams.

4) If supply is taken from a tank, such as at a commercial or industrial property, coordinate with the property owner/water manager to ensure that the tank gets refilled appropriately. Tanks can normally supply a firefighting operation that lasts 1–2 hours. During an extended operation, the property owner/water manager should take appropriate action to resupply the tank via any contingency plans they may have developed.

Ventilation & Salvage
Good ventilation and salvage work is key to any successful firefighting operation, but particularly so at fires where sprinklers/standpipes are flowing. Quick application of salvage covers in areas where sprinklers are activated can result in saving a lot of stock. Effective ventilation will allow hoseline teams to quickly locate the seat of the fire and finish extinguishment.

Only after extinguishment is complete should sprinkler valves be shut down. If valves are shut down prematurely, a fire can quickly grow out of control. More than one building has burned to the ground due to early closure of valves that are assisting on-scene firefighters.

Problematic Places
Connections become even more important in buildings under construction or in buildings that are having modifications made to their fire protection systems. There may be temporary FDCs that move from day to day or week to week. You’ll need to stay on top of what’s going on at construction sites.

Other facilities can have water main impairments or other problems with the system. FDCs can be supplied to bypass these problems, but any impairment requires some type of special procedure or planning.

Conclusion
When utilizing fire protection systems on the fireground, it’s imperative to understand the system and how it works. To do this, review applicable standards and procedures, train on FDC operation and preplan buildings in your response area.

Remember: Hooking up to an FDC immediately upon arrival can mean the difference between a successful knockdown and complete destruction of the property.

When utilizing fire protection systems on the fireground, it’s imperative to understand the system and how it works. To do this, review applicable standards and procedures, train on FDC operation and preplan buildings in your response area.
