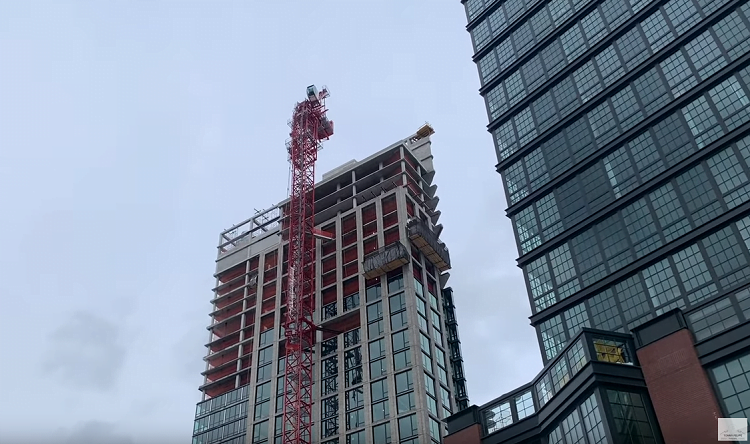 New York City Fire Department units responded to the Greenpoint Landing around 4pm after onlookers in Queens called to report a crane going down in the area.

On arrival units had the arm of rooftop crane collapsed and dangling off the side of 31-story building under construction and a full assignment was dispatched to the scene to help evacuate a nearby residential high-rise.

After further evaluation of the crane, the main crane tower and crane cab remained secured. An All Hands signal was transmitted as firefighters operated on the scene to evaluate damages and the stability and integrity of both the building and the crane.

By 5:30pm the accident was placed Under Control and a watch line was set up with an engine, truck and a battalion remaining on the scene.

No injuries were reported and the cause of the collapse is under investigation.